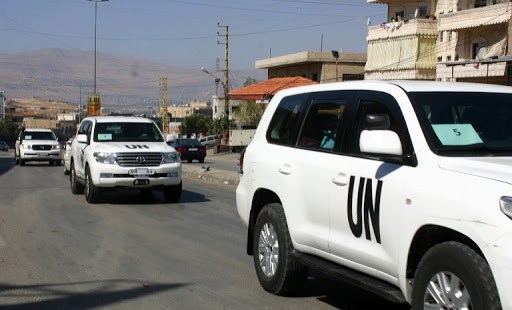 Expert international chemical weapons team are due to arrive in Damascus under UN mandate, to destroy Syria’s extensive arsenal.

An expert international disarmament team from the Organisation for the Prohibition of Chemical Weapons (OPCW) has been dispatched and is set to arrive Tuesday 1 October in Damascus in order to begin the chemical weapons dismantling process in Syria.

The first steps of the unprecedented weapons handover operation has taken effect after a deal was made between Russia and the US, which was agreed to by Syrian president Assad. The UN has sanctioned the deal and under its mandate, the OPCW experts have begun the long and difficult process of tracking down and destroying Syria's ample chemical weapons arsenal.

The experts arrive as a separate UN team investigating the use of supposed chemical weapons attacks left on Monday.

This is the first time that the OPCW has actually been ordered to destroy the chemical weapons of a nation in a state of war.

However, although compliant with the dismantling of their chemical weapons, the Assad regime remains defiant in the face of both Western and surrounding Arab countries. Before the UN council, Foreign minister Walid al-Moualem demanded that these countries stop their support of the Syrian opposition.

“There remains the challenge whether those who are supplying terrorists with these types of weapons will abide by their legal commitments” he says, “since terrorists, who used poisoned gases in my country, have received chemical agents from regional and Western countries that are well known to all of us."

A report filed last month by the OPCW determined that the devastating nerve agent sarin had unquestionably been used on 21 August in attacks near Damascus.

There is an estimated 1,000 tons of the deadly sarin agent stored around Syria, as well as mustard gas and various other chemical weapons, forming a terribly large supply to track down and destroy.

The task of disarmament will certainly be a difficult one for the OPCW team, particularly in light of the fact that many of the chemical weapons sites are in current combat zones. Walid al-Moualem has said that at least 7 out of 19 are in conflict areas.

This will mean that for the team to successfully access these areas and carry out the dismantling process, temporary truces may have to ensue.

Under the Russia-US agreement sanctioned by the UN, after verifying all of the chemical arms sites, the OPWC team’s arms monitors will begin by destroying the equipment used to mix the weapons, along with the munitions used to unleash them.

They plan to be finished with this first stage of the disarmament by November. For the chemical weapons that are already made and in stock, the plan is for a total destruction of the entire arsenal by the middle of next year.

A portion of the chemical weapons will be transported outside of Syria and destroyed, while the rest will be destroyed within the country itself.

Taking advantage of the unexpected compliance on the chemical weapons debate, US, Russian and other Western leaders are calling for further peace settlements to be made in the next talks in Geneva. UN secretary General Ban Ki-moon has put forward a preliminary date for the talks in mid-November.