The “White Widow” is a name on everybody’s lips in the wake of Kenya’s devastating massacre last month.

In reality she is Samantha Lewthwaite, formerly known as an "average" and “shy” girl who grew up in Buckinghamshire in a normal British family. However she is now wanted by Kenyan authorities and has been flagged by Interpol as a serious international threat.

How did the 29 year old become such a mysterious and renowned fugitive?

After the brutal seige of Westgate shopping centre in Nairobi which began on 21 September, Kenyan foreign minister stated that they believed a British woman was one of the militants of the Somali al-Shabab group who committed the savage attack.

At least 67 men, women and children were slaughtered in the seige.

This fueled a worldwide speculation that the culprit was actually Samantha Lewthwaite herself, which was reinforced when Interpol (an international police collaboration spanning across 190 countries) released at Kenya’s request, a wanted persons notice for her arrest.

“Through the INTERPOL Red Notice, Kenyan authorities have ensured that all 190 member countries are aware of the danger posed by this woman, not just across the region but also worldwide,” stated Interpol's head.

"Kenya has activated a global ‘tripwire’ for this fugitive" the report said.

However Kenyan authorities actually issued the warrant in relation to charges that date back to 2011.

She is believed to have used a fake South African passport when passing into Kenya under the stolen identity of Natalie Faye Webb and was linked to a terrorist group that planned to bomb areas of Kenya’s coast.

Authorities believe that she then fled to Somalia, using various identities as well as her own. 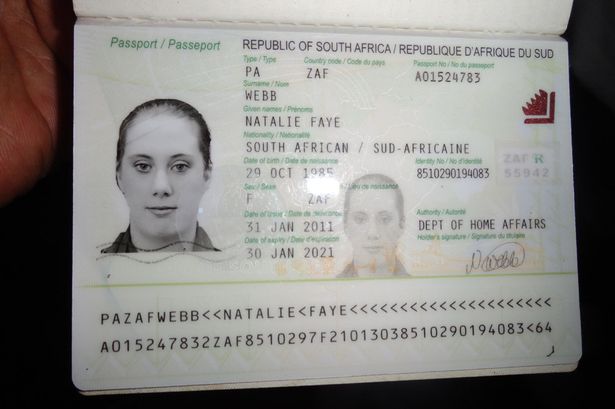 There has been no official confirmation that she was or was not involved in the latest savage attacks on the mall in Nairobi, which claimed the lives of at least 67 people.

Al-Shabab has denied the involvement of women in the siege.

This is not the first time Samantha’s name has been flung into the spotlight. She first came to police attention after her husband Germaine Lindsay blew himself up along with 26 others, on the Piccadilly Line of the London Underground near Kings Cross, in the 7/7 London bombings of 2005.

After the London bombings, the young girl gave the impression that she was horrified by her husband’s actions and publicly denounced the attack as “abhorrent.” She said in an interview with the Sun that Germaine had always been a “loving husband and father,” but in the time leading up to his suicide attack he was making regular visits to mosques around the country, disappearing for days at a time.

"How these people could have turned him and poisoned his mind is dreadful," she said, "He was an innocent, naive and simple man. I suppose he must have been an ideal candidate."

However soon after the attacks, Lewthwaite disappeared.

It is now looking more and more likely that she became involved with the al-Shabab militant extremist group who fight against the Jihad, which is what her husband Lindsay thought he was doing when he blew himself up in 2005.

She has been tracked to Kenya and is now believed to be hiding in Somalia. Her involvement in the latest Nairobi attack remains to be confirmed.

The most surprising and chilling factor in this tale is the sheer normality of Samantha’s childhood. She came from a regular British family and grew up in the tranquil town of Aylesbury.

She was born to English soldier Andy Lewthwaite who met and married her mother, Christine Allen, in Northern Ireland while in service. Samantha spent her early years in Banbridge, County Down, after which the family moved to Buckinghamshire, where she grew up in a standard terraced house in Aylesbury.

She attended the Grange secondary school and while she was still a teenager she made friends with a muslim family in the area who assisted in her conversion to Islam. A little while into her conversion she began to wear the galabiya, a full length robe worn by many stricter muslim women.

In 2002 Samantha went to study politics and religion at the School of Oriental and African Studies, London. However she dropped out after two months.

Not long afterwards she became involved with Germaine Lindsay, originally from Jamaica and also a convert to Islam. The couple met in an Islamic internet chatroom in 2002 and married a few months later. When Lindsay bombed the London Underground in 2005, Samantha was pregnant with their second child.

Authorities now believe Samantha to be re-married with possibly three or four children.

The hunt is now on for her immediate detention. Interpol have communicated to police all over the world and have requested
that if found, the “suspect be placed under provisional arrest pending extradition.” 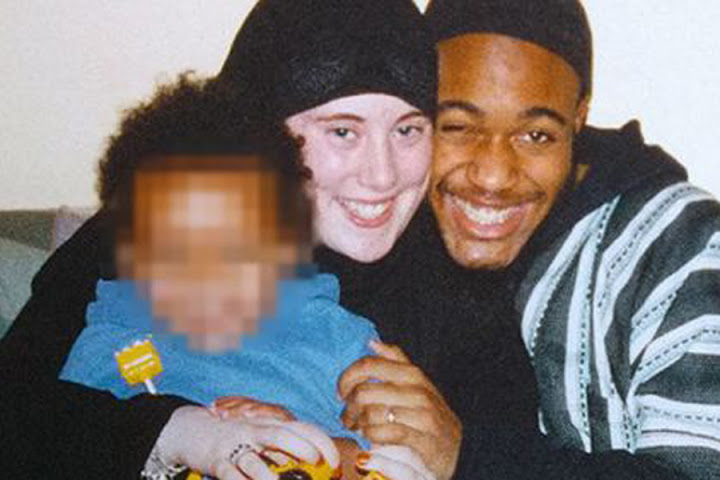 Samantha with her husband Germaine Lindsay and their son Abdullah
Support Aleteia!