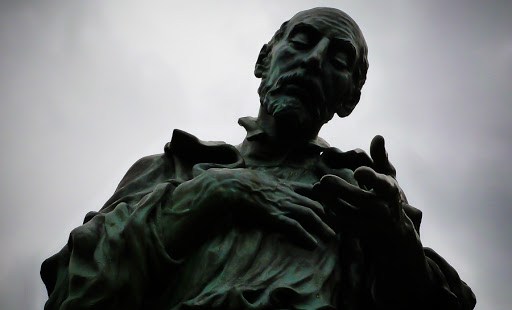 Ryan Anderson of The Heritage Foundation and co-author of the book, What Is Marriage? Man and Woman: A Defense, delivered an argument against same-sex marriage at a packed house at Boston College, according to the student newspaper The Heights.

Anderson’s presentation entitled “A Case Against Gay Marriage,” was sponsored by the St. Thomas More Society, a student group which, according to their website, "seeks to grow in their love of Jesus Christ and to deepen their knowledge of the Catholic faith."

Students at the Jesuit College packed the lecture hall, at least partly due to a strong Facebook push from the student group BC Students for Sexual Health (BCSSH). Because of that, a number of students showed up at the event wearing pink shirts that said, “Support Love.”

“This is not the type of programming that fosters an accepting environment for students,” the BCSSH event description reportedly read. “This event is going to have to rely on the audience for any hope of a balancing opinion presence.”

Anderson told the packed house that he wouldn’t be basing his arguments that night on religion or morality. “I make a philosophical and policy argument about marriage,” he reportedly said.

Instead of immediately defending marriage, he turned the issue around by asking students how they would define marriage. “I want to know what you think marriage is … that’s actually the question that people in favor of redefining marriage refuse to answer,” he reportedly said. “And they refuse to answer that question by hiding behind what I think is a rather sloppy slogan: marriage equality.”

Anderson argued that marriage is recognized by government not to legitimize adult relationships, but for the well being of children.

“From the government’s perspective, marriage exists to unite a man and a woman as husband and wife to be mother and father to any children that their union creates,” he reportedly said. “It’s based on the truth that men and women are distinct and complementary, that reproduction requires a man and a woman, that children deserve a mother and a father.”

He reportedly said the term “parenting” is a misnomer and that there is only mothering and fathering. “Men and women interact with children in distinct and unique ways, and children do best when raised with a mother and a father,” he reportedly said.

Anderson also warned about the consequences of redefining marriage. He said that a radical redefinition of marriage would also lift restrictions against polyamory, short-term marriages and adultery.

“The only reason we arrived at monogamy, sexual exclusivity,and permanency was because of the male-female aspect, because it’s precisely one man and one woman can unite in the type of action that creates new life, and every new life has exactly one mother and one father, and deserves to be raised by that mother and that father,” he said. “That bundle of goods, that group of individuals, is what created the marriage institution in the first place and what got the state in the marriage business.”

Following a question and answer period, the GLBTQ Leadership Council held an after-event discussion for the “mental health and safety of the students.”

Mike Villafranca, co-president of The St. Thomas More Society, was quoted as saying that before the event he was “worried that the student reaction would be visceral and angry.”

“Instead of that, I was impressed by the way that the students from GLC and BCSSH reacted to what Mr. Anderson said,” he said. “I'm glad that the Q&A stayed on an intellectual level and didn't descend into emotional outbursts, which it easily and justifiably could have done.”