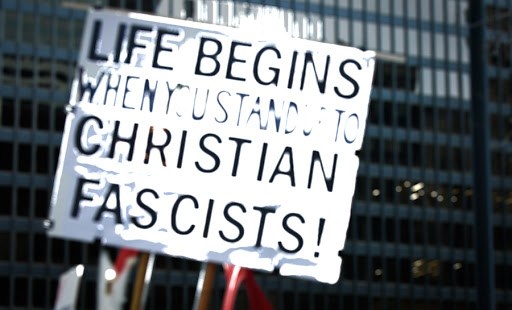 In his new book “The Global War on Christians,” Vatican analyst John Allen, Jr. details anti-Christian abuse worldwide, drawing light to the tremendous scale of violence against the world’s most persecuted religion.

“I don’t think it takes any religious convictions or confessional interests at all to see that defense of persecuted Christians deserves to be the world’s number one human rights priority,” Allen, a noted Vatican journalist and author, told CNA in an Oct. 2 interview.

Allen’s work, published Tuesday by Image Books, arises directly from a conversation he had with Cardinal Dolan in 2009, in which the prelate made the point that Christians “need to do a better job of telling these stories” of Christian persecution, like the body of “Holocaust literature” showed the suffering of Jews under Hitler.

However, Allen became interested in the subject of anti-Christian persecution while traveling to Ukraine for Pope John Paul II’s 2001 trip there.

At that time, Allen met the granddaughter of an Eastern Catholic priest who had been killed in a gulag during the Soviet era.

“That conversation brought home that martyrdom is very much a feature of the contemporary Christian landscape.”

Prior to that, he said, “like a lot of Catholics… when I thought of martyrdom, I considered it an artifact of the early centuries of the Church, the early Christian martyrs under Nero and Diocletian.”

“The more I would travel the world and meet victims of anti-Christian persecution in various places, the more the scale and scope of this thing came home to me.”

Allen notes that throughout the first decade of the 21st century, 100,000 Christians were killed per year – 11 new martyrs every hour – and secular human rights groups estimate that 80 percent of religious freedom violations are currently directed against Christians.

Despite these massive figures, the worldwide persecution of Christians is little known in the U.S., and Allen said the first purpose of his book is “to end the silence about anti-Christian persecution … to put it on the map.”

Highlighting that “this is a literal war against Christians on a global scale,” involving direct physical violence, harassment, and imprisonment, Allen works in the book to chronicle persecution against Christians in Africa, Asia, Latin America, the Middle East, and eastern Europe.

Having done that, Allen then clarified several myths about Christian persecution, such as the claims that no one saw the persecution coming; the issue is solely a political one; and “it’s all about Islam.”

While acknowledging that “we can’t be naïve” about the fact that quite “a fair share of Christian suffering around the world” is related to radical forms of Islam, Allen said that “it does an injustice to Christian victims of persecution … as a result of other forces, to leave them out of the picture simply because their oppressors aren’t Muslims.”

He noted that recently, “the most violent anti-Christian pogrom anywhere was in India,” and at the hands of radical Hindus. “I don’t think it’s fair to those Indian victims to forget them simply because they don’t have the politically appropriate enemy.”

Allen chose to distinguish between the physically violent persecution of Christians around the world –including churches being blown up in Pakistan or tens of thousands of Christians languishing in concentration camps in North Korea – and the “separate, but related” issue of a secularist movement in the Western world which discourages the expression of all religions.