Lead Us Not Into Default… or Austerity 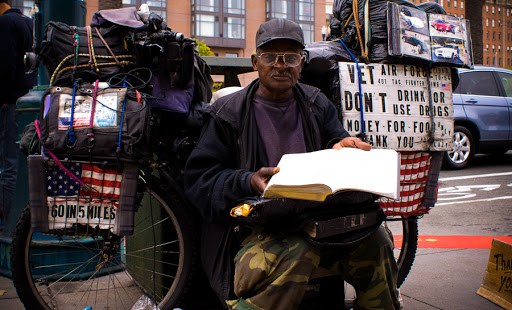 There has never been a serious threat of default in the 106 times the debt ceiling has been lifted since 1940. Let’s not make this the first time.

The partial government shutdown that kicked off on October 1 has been dominating the news lately, but an even greater crisis looms beginning October 17. That’s the date on which the federal government is expected to reach what’s known as the debt ceiling – the upper limit of what it may borrow to pay its bills, including service on the national debt.

Congress sets the ceiling, currently at $16.7 trillion dollars, and the Republican majority in the House is balking at raising it unless President Obama agrees to a major restructuring of the Patient Protection and Affordable Care Act (ACA), also known as “Obamacare,” cuts to programs like Medicare and Social Security, approval of the Keystone Pipeline, or some combination of those measures. For its part, the Obama Administration insists that there will be no negotiation.

This isn’t the first time that the debt ceiling has become a political football. The limit has been lifted 106 times since 1940, including 18 times under Ronald Reagan, six times under Bill Clinton and seven times under George Bush. It has also been raised three times already during the presidency of Barack Obama. Most of those adjustments in the government’s ability to borrow were accomplished without any real threat of default. But given the partisan bitterness that dominates Washington today, this could well be the year it happens.

If the debt ceiling isn’t lifted by October 17, the U.S. Government will have two choices: default or austerity.  Default means we would fail to pay interest on U.S. Treasuries and instead keep paying on entitlement programs like Social Security, Medicare, and others. Austerity means the opposite: we would fail to make entitlement payments in favor of paying interest on the debt. Either scenario would have catastrophic consequences for the economy, but for different reasons.

All parties agree that a default, even for a day, would send the world into an economic crisis far deeper than that experienced in 2008. As we all know – or should – the United States completely detached itself from the “gold standard” in 1971. Prior to that, at least some portion of every Federal Reserve Note, or dollar, was backed by physical gold held by the U.S. Government. But since 1971, the dollar has been a “fiat currency” backed solely by the credit-worthiness of the United States. That credit-worthiness has also made the dollar the global “reserve currency,” or the value-standard for all money of any kind.

If the U.S. were to default on its debts, the dollar would effectively be backed by nothing. There would be a selloff in U.S. Treasuries, interest rates would soar, the value of savings accounts would tank, the stock market would crumble, consumer confidence would implode, and the dollar’s 70-year run as the world’s reserve currency would end. And much of the world would plunge into crisis with us, since so many foreign governments and corporations hold either dollars or Treasuries as a hedge against exchange rate volatility

But the greatest effects would be felt here, in the United States. The largest holder of U.S. Government debt is the Social Security Trust Fund. The second largest is the Federal Reserve. Another significant holder is the American banking industry. If the government were to default on its obligations, each of those institutions would enter an immediate, significant, and potentially existential crisis. Banks would have to sharply discount the value of their reserves, wiping out equity and risking their own debt payments. The Fed would have to write off hundreds of billions from its books. And the Social Security Fund would likely have to seek a hike in taxes in order to make payments to ordinary people.

As frightening as the default scenario may be, many believe that the U.S. Government simply isn’t permitted to lapse on its debt, regardless of whether Congress raises the limit or not.  They cite Section 4 of the Fourteenth Amendment to the Constitution, which states, “The validity of the public debt of the United States, authorized by law, including debts incurred for payment of pensions and bounties for services in suppressing insurrection or rebellion, shall not be questioned.” According to those who take this view, service on the debt would have to go to the top of the list of the government’s spending priorities, to be paid whether anything else got paid or not.

If that were to happen, the federal government would have no choice but to enact an austerity program, essentially operating on a forced balanced budget. That may seem like an attractive option to some, but austerity would entail considerable pain. An austerity budget would require the federal government to cut deeply into discretionary spending, which includes everything from national defense to nutritional assistance for children and environmental protection. It would also require severe cuts to so-called “non-discretionary” spending, or entitlement programs. These include Medicare, Social Security, and Medicaid. Tens of thousands of federal employees would be laid off. Government contracts with private companies would be cancelled. Civil service and military pensions would be slashed.  And taxes would inevitably be raised to finance any remaining gaps.

Austerity under these conditions would result in enormous human suffering, especially for the aged, poor people, and the unemployed, but also for the middle class.  Austerity would also risk serious social unrest and further deepen our partisan and even regional divisions.

The bishops of the United States have spoken often and forcefully on issues related to public debt, including the debt ceiling itself. In a 1999 document addressing Third World debt relief, the bishops framed the problem within a discussion of the common good, which they defined as “the sum of those conditions in society that make it possible for all people to achieve their full human potential.” The bishops went on to note, “Our tradition demands that our decisions and actions, our policies and programs promote the common good. By creating suffering and draining resources from such basic needs as health care and education, the debt crisis violates the common good.”

In the summer of 2011, the United States came close to defaulting on its debt. At the eleventh hour a deal was struck, and on August 2 President Obama signed into law the Budget Control Act of 2011. As the crisis reached its climax, the American bishops wrote to members of Congress. “A just framework for future budgets cannot rely on disproportionate cuts in essential services to poor persons,” the bishops wrote. “It requires shared sacrifice by all, including raising adequate revenues, eliminating unnecessary military and other spending, and addressing the long-term costs of health insurance and retirement programs fairly.”

Sometime this week or next, the President and Congress are likely to strike another deal, avoiding yet again the specter of default and the pain of austerity. In the Catholic view, public officials have wide latitude to exercise their prudential judgment in order to achieve the common good. The public debt of the United States is a serious challenge to the long-term economic health of the nation, and as such it has profound implications for the common good. There is no question that a responsible solution must be found. But that solution must not itself violate the common good by unjustly doing harm to the poorest and most vulnerable among us. That would be injustice, not prudential judgment.