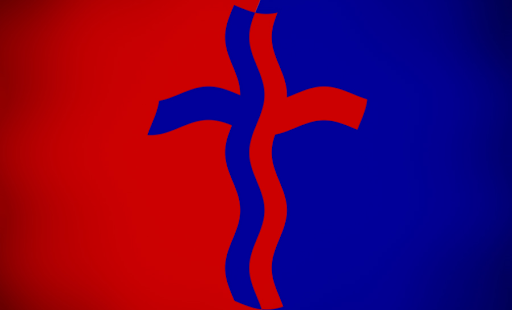 American Catholicism is certainly fractured, but it’s not because of politics: it’s because many self-identified Catholics no longer believe the Gospel.

From his present location in the communion of saints, Father John Courtney Murray, S.J., who died in 1967, is probably indifferent to the various ways his work on Catholicism and American democracy is misconstrued in the 21st century. But those who think that Murray still has something to teach Catholics about the American experiment in ordered liberty must regret that Murray’s thinking continues to be misrepresented in some Catholic quarters and misapplied in others.

The most recent example of the latter came in the September 23 issue of America, in an article titled “Murray’s Mistake” by my friend Michael Baxter. As I understand Dr. Baxter’s argument, it goes something like this: 1) Murray urged  American Catholics to more active involvement in public life because Catholics still “got” the ensemble of truths on which American democracy rested, while the old Protestant mainline and secular America had long since abandoned that foundational moral consensus. 2) Catholics did what Murray suggested. 3) Catholic unity in the United States has subsequently fractured because of political differences.

I don’t doubt that ecclesial unity in the Church in America has fractured in ways that no one could anticipate when Vatican II convened in 1962. But to blame that current disarray on differences of political opinion (and on Murray) would seem to ignore the obvious historical fact that Catholics were bitterly divided over political questions in the past, but without the fractures in ecclesial unity that both Baxter and I regret today. Catholics fought on both sides of the Civil War; but unlike other Christian communities, the Catholic Church didn’t split into northern and southern branches. There were Catholic America Firsters and Catholic interventionists before World War II; but there were no serious fractures in ecclesial unity. There were Catholic disagreements about what racial justice required in the 1950s; aside from the excommunication of a few recalcitrant segregationists, there was no fracture of ecclesial unity.

Vatican II never, ever taught that Catholic faith is a do-it-yourself thing. Yet too many Catholics in America learned from the Council (or its alleged “spirit”) that Catholicism is something other than an embrace of Christ, who is truth, and the truths authoritatively taught by Christ’s Church: truths that are then embodied in a Gospel-centered way of life that touches family, culture, society and politics. The fractures in the Church that Michael Baxter rightly deplores have far less to do with Obamacare or Syria policy than they do with the fact that a not-insignificant number of U.S. Catholics deny to be true what the Gospel and the Church authoritatively teach to be true.

My friend Baxter is certainly right that it is much harder to live an integrally Catholic public life in the United States today than it was 50-some years ago, when Murray wrote We Hold These Truths: Catholic Reflections on the American Proposition. And it may be that, in the decades ahead, Catholics of integrity will go into active opposition to American culture and society in unprecedented ways. That possibility cannot be excluded. But the unity of the Church in the U.S. will not be recomposed by a retreat into micro-communities that, as Baxter suggests, reject the modern nation-state; John Kerry, Nancy Pelosi, Joe Biden, and their successors in future generations are not going to follow the late Dorothy Day and Michael Baxter into the desert.

And in any case, fractured unity can only be recomposed by recommitment to “all that the holy Catholic Church believes, teaches, and professes to be revealed by God.”