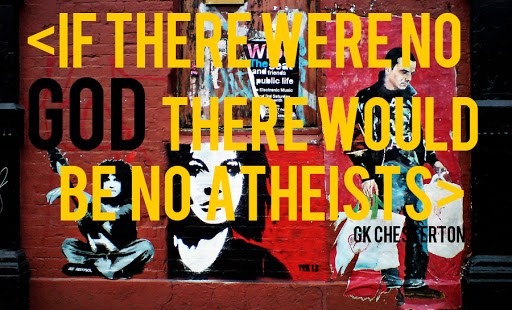 Millions have been impacted by his writing, but not everyone falls in love with Chesterton’s unique style right away. I discovered his genius when I started my own writing career.

In England, the process has begun for the possible canonization of the portly prophet – G. K. Chesterton. The prolific author has influenced millions with his writings, and the influential people who have fallen under his spell have influenced millions more. Convert Dorothy Day, Anglican writer C. S. Lewis and apologist Fulton Sheen all had their hearts and minds captivated by the jolly journalist.

But they’re not the only ones – as a college student, my love of C. S. Lewis’ writings quickly led me to Chesterton, and it was Chesterton’s fun with words which caught my own imagination and helped me see that not only did he offer a new way of writing, but that his new way of writing opened up a new way of seeing the world. He used paradox, puns, whimsical ideas and wonderful wordplay to first catch the imagination and then transform it.

They say the pen is mightier than the sword, and in Chesterton’s case, the pun mightier than the blade. If this is true, then wordplay may be as important as swordplay in the never-ending wars between the dark powers of the underworld and the light of Christ.

To read Chesterton is to ride on a theological, rollicking roller coaster. With exciting ideas, he jumps from one scintillating concept to another. However, not everybody appreciates his constant alliteration, wordplay, and his seeming inability to follow an argument through without getting off track.

Some people like my friend, Dale Ahlquist – President of the American Chesterton Society – will gobble up everything by Chesterton and love every quip and every question. However, I think most people (like me) vacillate between admiration and annoyance. Some consider his puns to be punishment, his alliteration ludicrous and his non-sequiturs annoying. Others don’t like his style at all: they find the portly prophet to be overly playful. They believe his style to be as overweight as the man, and find his verbal gymnastics as strained as if he himself had attempted to do a backflip or a cartwheel.

However, whenever we are tempted to criticize something better than ourselves, we should pause. It could be that we have not acquired the taste. We have dismissed something that is precious. There may be something there I had not seen. There may be a pearl in the oyster, a treasure hidden in the muddy field, or a beloved son in the pigpen.

It was not until I began to attempt a Chestertonian style in my own writing that I began to realize the genius that this theological Oliver Hardy had achieved. I first found myself writing in a playful and surprising style in my book, St. Benedict and St. Thérèse. I then jumped in full tilt in my study on the Apostles’ Creed, called The Quest for the Creed.  I continued this style of robust and rambunctious theology in my book, The Romance of Religion (which will be published in February).

What I discovered is that the Chestertonian style of writing was particularly well suited to the content at hand. How shall one write a book on a philosophical or theological subject for a popular audience? The content itself seems dry, and yet for the enthusiast it is the most stimulating subject of all. As Chesterton wrote, “People have fallen into a foolish habit of speaking of orthodoxy as something heavy, humdrum and safe. There never was anything so perilous and exciting as orthodoxy.”

It seemed that a style that was deliberately delightful and teasingly torturous was a style that might at once both annoy and enlighten the audience. It was, if you like, the style of a playful and unpredictable prophet. After all, isn’t this what we see with Hosea, who marries a whore; Nathan, who tells King David a scorpion story with a sting in the tale; or Elijah, who flies away on a whirlwind? Indeed, isn’t there a playfully prophetic note in the teaching style of Our Lord himself when he punctures the pompous with his Head-of-Caesar-bearing coin trick, or when he skewers the self-righteous with his “let the one without sin among you cast the first stone” punchline?