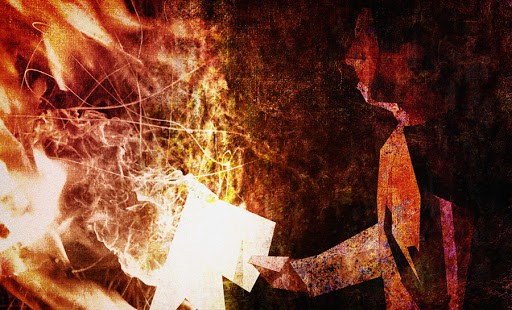 Theology professor Fr. Bryan Lobo emphasizes the importance of coming together as a community to resolve tensions related to religious violence.

In a recent interview, theology professor Fr. Bryan Lobo urged that dialogue itself is not enough to end religious violence, and stressed the importance of coming together as a community to resolve tensions.

“Today dialogue has become a repeated word, so I would like to call it 'interreligious interaction,'” the theologian explained in a Sept. 27 interview with CNA.

“It’s not just asking questions about each other’s religions and concepts, but it’s working with each other, helping each other for world peace and harmony to a better world.”

Fr. Bryan Lobo S.J., originally from India, is the Dean of Faculty at the Pontifical Gregorian University in Rome, and has just begun a new course on the theology of religions.

Citing the recent suicide bombing in an Anglican Church in Peshawar, Pakistan, the priest emphasized that one of the main reasons the act took place “was not interreligious violence,” but that “They said they were against the drone attacks of the United States in the northwest of Pakistan. So it’s a very political issue out here, but they’ve targeted a religious group.”

When asked why religion has been used to intensify conflict, Fr. Lobo reflected that it is something of value, which has the potential to easily arouse emotion.

“Religion in itself has a very emotional and sentimental value to it, it’s very close to the heart,” he explained, noting that “It becomes a very powerful tool to excite the emotions of the people.”

Once this is understood by leaders “who want to gain power and who want to probably create a certain situation so that they may become powerful also,” the priest explained, they use religion “to unite the community against the enemy.”

“And who can be the enemy? The other religion.”

However, he urged, “It also helps us to interact with each other.”

“You’ve got to have a think tank community to come together, a group of specialists to come together and try and see the problem, what exactly they want and how they’re going about their role to of trying to gain.”

Fr. Lobo revealed the methodology behind his new course on the theology of religion by expressing that in light of how religion is abused politically “we thought that a study of religions and cultures are important, but also to challenge ourselves; to challenge our faith or to look at our faith with a broader perspective.”

“You need different views. Therefore the study of other religions and cultures helps us to do that.”

Solving the problem of religious violence and terrorism “is something that is very complex,” the priest stressed, “We have to sit together and see what can be done.”