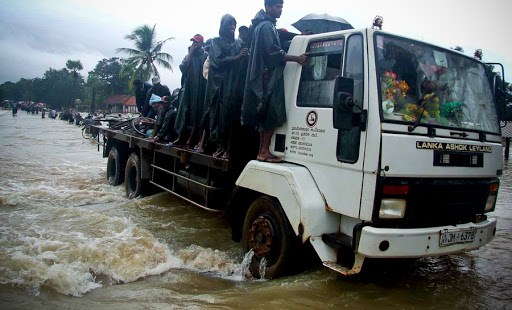 The Catholic Office for Emergency Relief and Refugees, established by the Thai bishops, have increased their assistance to those affected by season-long flooding in Thailand.

With heavy rains causing season-long flooding in Thailand, the bishops' emergency relief office in the country has increased its assistance to those whose lives have been disrupted.

Fr. Anusha Chaowpraeknoi, chaplain of Bangkok's Catholic Office for Emergency Relief and Refugees, told CNA Oct. 8 that the organization has been taking people to safe shelters, and providing food and other necessary assistance to all people, “regardless of class or religion.”

“The Christian spirit of charity does not make any distinction … but it rather enhances this highly esteemed virtue as an encouraging pastoral tool for the new evangelization.”

The group has some 200 volunteers working long hours in coordinating and assisting in relief support, rescue operations, and providing food, clothing and medicine.

Since July, torrential rains have battered Thailand, as well as nearby areas of Cambodia and Vietnam, leading thousands to flee from their homes. Of the 77 Thai provinces, 28 have been affected, according to the government. More than 30 people have been killed, and at least two million have been affected.

The incessant rains have caused several rivers to swell dangerously high, with floodwaters damaging both crops and property.

Sr. Angela Bertelli, a Xavierien missionary nun who works in and near Bangkok told CNA, “we are living under constant fear, but we put our trust in God.”

The Thai bishops established the Catholic Office for Emergency Relief and Refugees in 1978. It closely collaborates with Caritas Thailand in proactively assisting refugees and the victims of various humanitarian emergencies and disasters, as well as other vulnerable groups, with the aim of offering charity for all.

Fr. Chaowpraeknoi observed that in the current crisis, “manpower, clothes, and other provisions are a priority.”

“We are thankful for supportive contributions, but much still has to be achieved to return to normalcy.”