Victims of Sex Trafficking ‘Need the Body of Christ’ 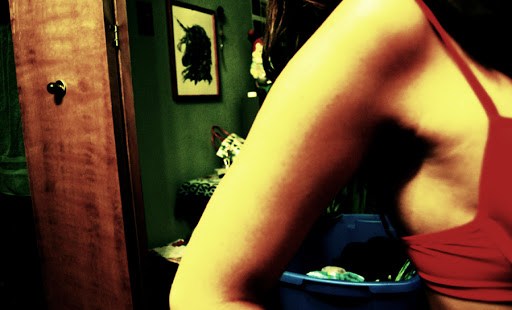 The founder of a Washington D.C.- based ministry dedicated to providing support to victims of sex trafficking, stresses the victims’ need for loving support from the Catholic Church.

Although largely unrecognized, sex trafficking in the U.S. is a serious problem, and its victims needs the loving support that the Catholic Church can give, says the head of a D.C.- based ministry.

“We need to get people to pay attention to the plight of American girls,” said Candace Wheeler, founder of the Washington, D.C.-based Restoration Ministries, which seeks to bring Christ’s love and aid to victims of sex trafficking.

Human trafficking is a pressing problem in the United States. According to the Department of Justice, 82 percent of reported U.S. human trafficking between January 2008 and June 2010 involved sex trafficking allegations, and as many as 300,000 children are at risk of sexual exploitation each year.

“Every country has this problem,” Wheeler told CNA on Oct. 1, but there is a lack of awareness, and many people “are more concerned with foreign women and girls being trafficked than with their own.”

People often assume that women and children who are trafficked “choose to be there” and have “written them off,” saying that “they’re bad girls, they’re runaways and throwaways,” she added.

However, many of the girls at risk for sex trafficking are from broken homes or the foster system, and “they have typically been violated before the age of five.”

“When they have been violated by a family member, by someone who is supposed to be taking care of them, they have linked love and sex together,” Wheeler explained, adding that these girls “are easy prey” because “by the time she’s 11 or 12, traffickers can just spot a girl who has no self-worth.”

Because of their troubled family situation, “all they’ve ever known, in most cases, is brokenness,” she said, and as a result, “healthy feels scary for them.”

While it is possible to escape from the “mindset” of trafficking and abuse, it is difficult, she continued, requiring both consistency and an understanding of what normalcy is.

Wheeler’s organization, Restoration Ministries, works to identify victims of trafficking, going regularly into prisons and mental institutions, where victims of sex trafficking are often held, in order to build relationships with people.

“Just sitting down and listening gives them value and validation as people,” she said.

From there, Restoration Ministries works to intervene in current cases of trafficking and prevent future cases.

“We have to have the right laws in place, but the laws have to be enforced,” she explained. But a legal solution alone is not enough. Factors leading to sex trafficking often start with the family, and it is crucial that a long-term solution take the family into account as well.

Many times, Wheeler said, girls are sent back to abusive homes with a court order to participate in family therapy, but “the families don’t participate, or it’s lip service.”

Another challenge is that psychological therapy for victims takes time – often years – to be effective, she said. Many cities become frustrated when therapy, which can be expensive, does not quickly yield results, and therefore limit or end funding for it.

Despite these challenges, however, Wheeler remains hopeful. She said the Church has come together to help trafficking victims in recent years.

“We don’t need government money, and they don’t really have any anyway,” she said, calling for religious and church communities to “really come together and be strategic,” while at the same time offering up “prayer and fasting” to aid victims of sex trafficking and eliminate its root causes in the U.S.