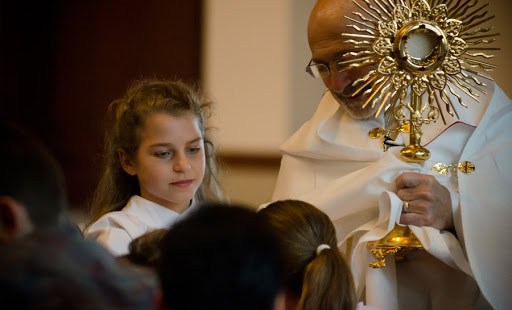 In his latest homily, Pope Francis reflected that authentic prayer involves knocking “at the heart” of God with courage and a strong, unwavering faith.

During his daily Mass homily, Pope Francis reflected that authentic prayer involves knocking “at the heart” of God with a strong, unwavering faith that he will respond.

“Do we pray…out of habit, piously but unbothered, or do we put ourselves forward with courage before the Lord to ask for the grace, to ask for what we're praying for?” he asked during the liturgy at St. Martha's residence Oct. 10.

Prayer “that is not courageous is not a real prayer,” Pope Francis emphasized. “The Lord says: 'For everyone who asks, receives; and the one who seeks, finds; and to the one who knocks, the door will be opened.'”

The Pope drew his remarks from the day's Gospel reading from Luke, where Christ urges the disciples to trust in God as a loving father who will give the gift of himself to those who ask.

“Do we get ourselves involved in prayer,” the Pope asked. “Do we know to knock at the heart of God?”

Reflecting on Jesus' words – “If you then, who are wicked, know how to give good gifts to your children, how much more will the Father in heaven give the Holy Spirit to those who ask him?” – the Pope responded that this “is a great thing.”

“The Lord never gives or sends a grace by mail: never! He brings it himself!”

What we ultimately discover in our asking for various things, the Pope observed, is that “the true grace” and answer to our prayers is God's gift of himself to us.

“When we pray courageously, the Lord gives us the grace, but he also gives us himself in the grace: the Holy Spirit, that is, himself!” he stressed. “Who comes to bring it to me. It's him. Our prayer, if it is courageous, receives what it asks for, but also that which is more important: the Lord.”

“We ask for a grace, but we don’t dare say, 'But come Yourself to bring it to me.' We know that a grace is always brought by him: It is He himself who comes and brings it to us,” Pope Francis said.

“Let us not embarrass ourselves by taking the grace and not recognizing him who brings it to us, him who gives it to us: The Lord.”