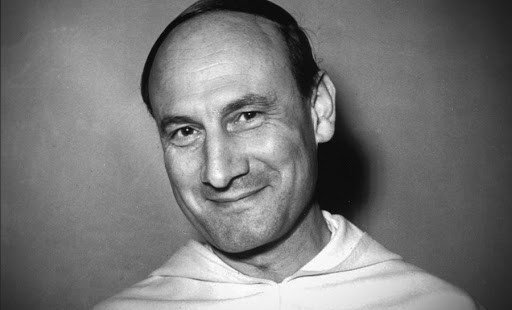 From a Dominican friar to a Nazi whistleblower, these are the best stories of the forgotten winners of the Nobel Peace Prize. Why aren’t these people famous?

Last Friday, the Nobel Peace Prize committee gave this year’s award to the Organisation for the Prohibition of Chemical Weapons.

Wait, who? It’s an organization that has worked for the destruction of all chemical weapons worldwide since 1997 and is tasked with overseeing the elimination of chemical weapons from Syria.

While the prestigious prize has had its fair share of big names – Barack Obama, Bl. Mother Teresa, Dr. Martin Luther King Jr., etc – it seems most of its winners remain largely unknown despite the international exposure the prize elicits.

Here are five of the most interesting winners who have been lost to history…until now:

5) Henry Dunant, founder of the International Committee of the Red Cross – 1901

Henry Dunant was one of two people to share the very first Nobel Peace Prize in 1901. While traveling for business in 1859, he happened to come across the aftermath of the Battle of Solferino in Italy. Thousands of wounded remained on the battlefield with apparently no significant effort to help them. Dunant quickly organized the local population, particularly women and girls, to help care for the wounded, regardless of which army they were from. He wrote a book about his experience, A Memory of Solferino, which inspired others to join him in the creation of what became known as the International Committee of the Red Cross (ICRC) in 1863.

A few years later, caught in a financial scandal, he was forced to resign his position in the organization. Nonetheless, four decades later, Dunant was chosen to be awarded the Nobel Peace Prize for his work in establishing the organization, instead of the ICRC as an organization, which was also nominated for the award.

4) Frédéric Passy, a peace activist and founder of the Inter-Parliamentary Union – 1901

Frédéric Passy shared the first Nobel Peace Prize with Henry Dunant. He was an economist who worked for the french government until a coup led him to dissociate himself from the new government, after which he worked as a university professor.

He helped establish a number of peace organizations throughout the 19th century, including the International and Permanent League of Peace, the International League of Peace, and the Inter-Parliamentary Union – precursors to today’s United Nations – all of which tried to prevent and end military conflicts with diplomacy. Passy wrote a great deal on peace and was widely recognized for his efforts, most significantly, of course, when he was awarded the Nobel Peace Prize.

You’ve heard of Teddy Roosevelt, but did you know that he won a Nobel Peace Prize while he was the U.S. president? Yes, the anti-Native American, eugenicist, after whom “Teddy bears” are named, won the illustrious prize in its sixth year.

War broke out between Russia and Japan in 1904 over a dispute regarding ports, resulting in over 130,000 deaths in the next year or so. A few embarrassing defeats coupled with political unrest at home led the Russian Tsar Nicholas II to pursue peace negotiations. As the representative of a country with (supposedly) little interest in east Asian affairs, Roosevelt offered to mediate a peace treaty, which he did successfully in September of 1905, ending what has been called “the first great war of the 20th century” – for which he was awarded the peace prize. He is one of only three U.S. presidents to win the prize while they were president (also Woodrow Wilson in 1919, and Barack Obama in 2009).

Dominique Pire, a native Belgian, entered a Dominican priory at the age of 18, taking final vows in 1932. He studied theology and social science and obtained a doctorate in theology from the Angelicum in Rome in 1936. During World War II, he was actively engaged in the resistance movement to the Nazi, including helping to smuggle out of the country Allied pilots who crashed.

After the war, he was particularly concerned about refugees, writing a book on the problem and founding the organization L'Europe du Coeur au Service du Monde to aid them. The organization built new villages for refugees in Austria and Germany, for which he was awarded the prize.

Carl Von Ossietzky was born to a Protestant father and a Catholic mother. As a young man during World War I, he opposed Germany’s militarism and became a pacifist. He worked as a journalist during the ‘20s and ‘30s, supported democracy and pluralism, and served as the secretary of the German Peace Society.

Most importantly, though, he was the editor-in-chief of the German periodical Die Weltbühne. It published an article exposing Germany’s secret armies in violation of the Treaty of Versailles. He and the author were convicted on charges of “treason and espionage” and sentenced to 18 months in prison. The author successfully fled the country, but Ossietzky served jail time until the end of 1932, when he was released during a Christmas amnesty.

Ossietzky remained vocal in his opposition to militarism and Nazism even after Adolf Hitler became Chancellor of Germany in January of 1933. Within a month, he was arrested and sent to a concentration camp.

He was sick with tuberculosis in a hospital when it was announced he had won the 1935 Nobel Peace Prize. The German government pressured him to decline the prize, saying that his acceptance would put him in opposition to his own people, but he accepted anyway.

The German press was forbidden from reporting on it. The choice was controversial outside of Germany as well. Two members of the award committee resigned because of it, and King Haakon VII of Norway, who had been present at all other award ceremonies, declined to attend.

Ossietzky remained under police custody until he died in a hospital in 1938 from tuberculosis and effects of his abuse in concentration camps. Today, a German university and a human rights award given by the International League for Human Rights are named in his honor.