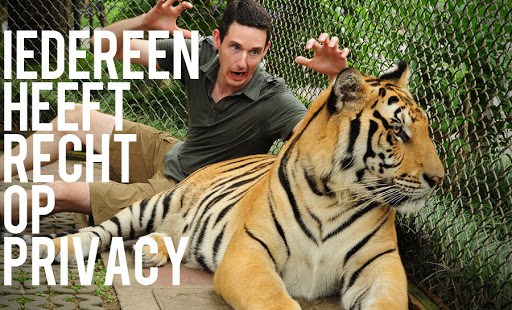 Just because the Pope isn’t speaking infallibly doesn’t mean he’s still not in charge. We the faithful should worry less about whether the Pope is doing his job and more about ourselves.

More than anything the Pope has said in his interviews, what has arrested my attention and troubled my Catholic heart is the reaction to his words among many conservatives. It seems to me to expose a deep and serious attitude problem—one that goes a long way toward explaining and justifying the Pope’s concern about “our side” in the culture wars. Like Martha, we are busy with the wrong things.

My thinking centers on an insight from Newman and Wojtyla both – one I find myself pondering more and more in recent years. Newman wrote of the “infinite abyss of existence” that is each individual soul, and about the mysterious subjectivity of “the illative sense” – the faculty by which we judge for ourselves what to do, what to believe, etc. Wojtyla constantly stressed personal responsibility: “You must decide.” He too lived and wrote from a deep awareness of the inscrutability of God’s dealings with another person, and the “impassibility” of the frontier between my will and another’s.

Each of us has an “interior terrain,” a zone of personal responsibility – an area “handed over to us” by God, where we’re in charge.

My sense of the implications of this great and central personalist truth crystalized at a new depth with Dr. Peter Damgaard-Hansen’s talk at our home on "The Art of Loving Your Spouse". He referred to the verse, “First remove the log in your own eye…” and proposed that when it comes to the moral faults of others, it is always the case that there is log in our own eye.

Our prime moral responsibility, which is big enough for all the attention and energy we can muster, is for ourselves. If we are spending time and attention deciding what other people should do, we are off track. We’re off track in a way perhaps analogous to the way we’re off when we’re being anxious about the future. “Let tomorrow take care of itself; today has troubles enough of its own.” We’re simply not given the grace and strength to deal with tomorrow’s troubles, only today’s. Similarly, we don’t have the grace to take on other people’s responsibilities. And when we try, we deplete ourselves of the resources we need to handle our own. We also make others’ tasks much more difficult.

It became clearer still when, at a friend's recommendation, I read the book Boundaries by Henry Cloud and John Townsend and realized how misdirected so much of my moral attention has been throughout my life. It’s gone to things that really aren’t my concern at all. I’ve done harm that way. And meanwhile, the area that is my concern has been sadly neglected and exposed to marauders.

I remember a moment some years back when I was talking to a friend about the dilemma I felt on learning that a cousin had come out as gay. How was I to let him know that I didn’t approve without being unloving? She asked me, very sincerely, “Why do you think you need to tell him you don’t approve?” I was completely taken aback. But a light went on.

Why did I think I needed to tell him? He hadn’t asked my opinion. Why was I making it my job to tell other people what I thought of their moral choices?

Then I had some vivid and painful experiences of being on the other side of that mode of approach – I mean of having other people feel free to make judgments and offer opinions about me and my intimate decisions. I felt keenly how unjust and how damaging those judgments were. Sometimes they came from friends and family—from people close to me—people whose help and support I sorely needed. Instead of help and support, though, I got rude interference. It was just as if instead of helping me carry the heavy cross I’d been given, they stuck their foot out to trip me along the way.

I’m not complaining about it. I see it now as a huge grace and “a severe mercy,” because not one of those friends or family members was behaving in any way different from the way I’d been behaving toward others all my life. To see it, to experience its harmful effects “in my own skin,” was to be put on the path to recovery from the same bad habit, which was a great gift. I now like to think of myself as “a recovering moralizer.”

But back to the Pope’s interview. What perturbs me is the way so many otherwise faithful Catholics feel free to make all manner of pronouncements on it – not on what they learned from it, or what they take him to mean, or how it affects them or challenges them – but on its general advisability. They shamelessly declare it imprudent or misguided or whatever. They say he shouldn’t have done it, that he should refrain in from giving interviews to journalists in the future, that he should shift his emphasis, and so on. They are, in effect, presuming to publicly school the Pope about how to be Pope.

I want to say, first, that this is a very embarrassing spectacle among Catholics who profess fidelity to him as Vicar of Christ on earth, and second, that the Pope needs our help in evangelizing the world, not our ignorant and interfering opinions about how he should be conducting his office.

When I’ve said this elsewhere (on Facebook and at Ricochet), I’ve been reminded that the Pope’s every word isn’t infallible and that we don’t owe him sycophancy. But this is not really to the point, is it? The point isn’t that the Pope can do no wrong; it’s that he alone is in a position to judge how to be Pope in the here and now. He has the responsibility; he has the charism; he has the grace. We don’t.

It's for me to decide how to be and act as myself. It's for the Pope to be Pope.

Katie van Schaijik is the co-founder of The Personalist Project.