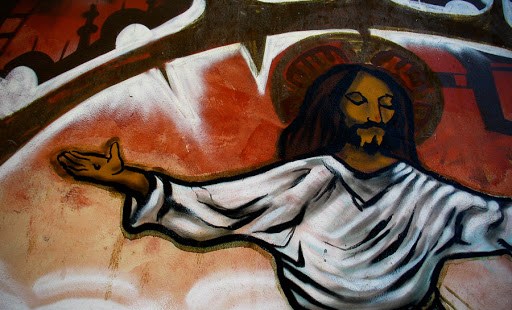 The Church doesn’t endorse a particular political party, but the Church isn’t neutral either. Two new books make a persuasive case that Catholicism is inherently conservative in principle.

It’s a common saying that in polite society you should not talk about politics, sex, or religion. I guess that makes me impolite, because I think politics, sex, and religion are the only three topics of real interest.

Even more interesting is when the three get mixed up together. It’s like gunpowder, fire, and air being mixed. There’s likely to be a big explosion.

I was therefore pleased to receive two books for review, which complement one another in their discussion of religious liberty, political freedom, and economic theory. Samuel Gregg is a research director of the Acton Institute. An Oxford educated Australian, his latest book Tea Party Catholic – The Catholic Case for Limited Government, A Free Economy, and Human Flourishing doesn’t touch much on sex, but there is plenty about money, politics and religion.

Catholics have too often fallen into the easy trap of conflating their political opinions with their political views. So left-wingers latch on to the Catholic Church’s “preferential option for the poor” and think that means Marxism. Right-wingers pick out the Catholic Church’s condemnation of socialism and conclude that Catholicism backs an unrestrained free market economy.

The prevailing assumption among many American Catholics is that the Democratic Party is the Catholic party because they want to help the poor. A strong minority of American Catholics think the Republican Party should be favored because they’re for personal responsibility. Samuel Gregg encourages us to think more deeply about the relationship between Catholicism and the economic theories behind political movements.

Gregg shows how a properly understood free market system is rooted in Catholic history and social teaching, and how it undergirds and fosters true freedom and what Gregg calls “human flourishing.” Human flourishing is more than simply acquiring more money; instead, it is a truly abundant life in which individuals, families, and communities can prosper together.

Gregg analyzes the ideas of religious freedom for Catholics, and in his second chapter shows how political and economic freedom are inextricably linked. The heart of his study is the most important – the third chapter deals with the Catholic principles of solidarity and subsidiarity. Solidarity, simply explained, is the love of our neighbor. We are called to care for one another in community. Subsidiarity is the idea that problems are best solved at the local level. Gregg shows how the two principles are necessarily connected. The way we best care for others is through local organizations, community groups, churches, schools, and charities.

When solidarity is destroyed by an undue emphasis on individualism, we start to assume that “somebody up there” will take care of things. When we stop caring for our neighbor, we assume that Big Brother will take charge, and Gregg points out that the more we relinquish our responsibilities to Big Government, the more Big Government will take over. When that happens, our freedoms vanish and the tyranny of the totalitarian state sweeps in.

Gregg goes on to explain why religious freedom is “the first freedom,” discussing how social justice is best worked out in a free market economy. He envisions Catholic Americans as an increasingly “creative minority” – standing up for certain principles and values in the midst of a decaying and confused society. In his introduction to this important book, the cultural theologian Michael Novak quotes Charles Carroll’s words of warning:

"Liberty will maintain her empire, till a dissoluteness of morals, luxury, and venality shall have prepared the degenerate sons of some future age, to prefer their own mean lucre, the bribes and the smiles of corruption and arbitrary ministers, to patriotism, to glory and to the public weal."