A Letter from the Editor 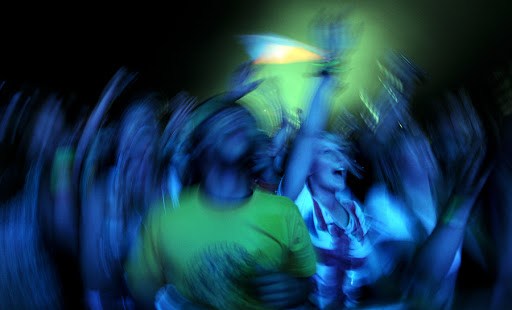 Aleteia’s English Edition has a new editor, and he wants Aleteia to be a welcoming place for all “seekers of the truth.”

Just last week I was honored to be appointed the new editor of the English language edition of Aleteia. My heartfelt thanks go out to Harold Fickett, Head of Editorial Operations for all six language editions of Aleteia, and to all those in Aleteia’s main executive offices in Rome, for their confidence in appointing me to this new position.

As some of you know, I have been writing for Aleteia for the past year, starting when the site was still in Beta. I was proud to be invited to Rome in late January for the official Aleteia launch, and since then I have been writing a weekly column for the English language edition, a happy regimen I plan to continue in my new position.

When I reflect on what Aleteia can mean for the Church at this moment in her history, I think of the opening of one of the chief documents of Vatican II, Gaudium et Spes, the Pastoral Constitution on the Church in the Modern World. There we read:

“In every age, the Church carries the responsibility of reading the signs of the times and of interpreting them in the light of the Gospel, if it is to carry out its task. In language intelligible to every generation, it should be able to answer the ever recurring questions which people ask about the meaning of this present life and of the life to come, and how one is related to the other. We must be aware of and understand the aspirations, the yearnings, and the often dramatic features of the world in which we live” (no. 4).

Aleteia is of course a Catholic site, with a bounty of news, features and resources for Catholic formation. But the heart of Aleteia can be found in the site’s tagline: “Seekers of the Truth.” Notice this doesn’t read “Catholic Seekers of the Truth.” That’s because our site is open to everyone and anyone with a sincere aspiration to discover life’s meaning and his or her ultimate destiny. In the spirit of Gaudium et Spes, Aleteia exists to help others in their pursuit of answers to the questions that dominate all our lives.

The promise of Aleteia lies also in its contribution to the pursuit of truth using the new media. Soon-to-be Saint Pope John Paul II famously stated that “the first Areopagus of modern times is the world of communications.” In our day, more specifically, the first Areopagus is the world of the Internet and its attendant social networks. The Internet is where so many of our family members, friends, and associates gather in public “space” to discuss matters trivial and not so trivial. With its global reach in six different languages, including Arabic, Aleteia presents a marvelous opportunity to enter into these online conversations and speak to the deepest yearnings of our common humanity in language intelligible to all.

I am thrilled by this opportunity to help guide Aleteia’s English language edition. My colleagues and I are working hard to make Aleteia not only the world’s premier Catholic news and information site, but also a place where people of all faiths and no faith can gather to talk cordially about the things that really matter. In the coming days and weeks I will be announcing some exciting additions to the English language edition, so please watch this space for further details.

For those interested in knowing a bit more about me: I'm a native of South Bend, Indiana, and hold a BA in English from the University of Notre Dame (1986), and an MA and PhD in philosophy from The Catholic University of America in Washington, D.C. (1989 and 1994, respectively). From 1994-2002 I taught at the University of St. Thomas (Houston), where from 2000-02 I chaired the department of philosophy and directed the graduate program in philosophy, The Center for Thomistic Studies. From 2003-09 I served as associate director of the Notre Dame Center for Ethics and Culture at the University of Notre Dame, where I also taught courses in the philosophy department. From 2009-2011 I taught in the Great Texts Program at Baylor University in Waco, Texas. In 2011 I left academia to stretch my entrepreneurial wings as a freelance writer and business consultant. I also write fiction for both children and adults.

My family and I live in Montclair, Virginia, some 40 minutes south of Washington, D.C. (at three in the morning, when there's no traffic!) My wife Amy and I have three children: Lucy (18), a freshman at Benedictine College in Atchison, Kansas; Rita (16), a junior at Pope John Paul the Great High School in Dumfries, Virginia; and Francis (13), a seventh-grader at McInerny Academy (our family's homeschool).

Please feel free to contact me if you have any questions about Aleteia or any suggestions as to how we can better make Aleteia a site that, in the words of Gaudium et Spes, is aware of and understands the aspirations of those with whom we are walking in this life.

P.S. I’ll bet you have a friend or colleague who hasn’t yet heard of Aleteia. How about passing along the link to them today?

P.P.S. Also, please feel free to sign up for Aleteia’s free email NewsLetter (see the sign-up box at the top right-hand corner of the homepage).

Daniel McInerny is the editor of the English language edition of Aleteia. You can contact him at daniel.mcinerny@aleteia.org.