Bishops Told to Focus on Quake Victims, Not Churches 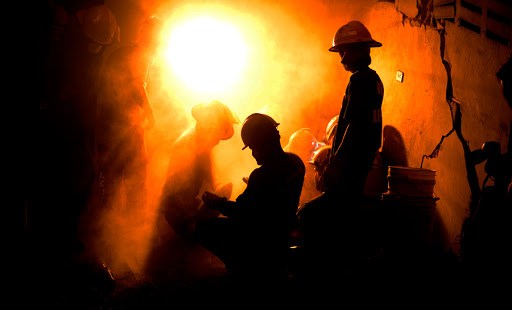 Top clerics are urged to focus their attention on the victims of this week’s earthquake in the central Philippines and not on collapsed churches.

The incoming president of the Catholic bishops' conference urged top clerics on Thursday to focus their attention on the victims of this week’s earthquake in the central Philippines and not on collapsed churches.

“I think our focus should be on the needy, not ourselves,” said Archbishop Socrates Villegas, who will take over the role as conference president on December 1.

“If at the point of a calamity [bishops] still think of my building, my church, my diocese… it’s not Christ-like,” he said.

“We should focus all our attention and resources on [the provinces of] Bohol and Cebu because that’s where the needy are,” Villegas told ucanews.com.

He was responding to calls by several bishops who have urged their priests to check the structural integrity of church buildings after several centuries-old churches in Bohol collapsed during Tuesday’s quake.

The National Commission for the Culture and Arts on Wednesday said four historic churches declared “national cultural treasures” by the government were damaged.

Bishop Leonardo Medroso of Tagbilaran told ucanews.com on Wednesday that these churches were beyond repair and that all 58 churches in Bohol province were damaged.

Meanwhile, the social action arm of the Catholic bishops' conference announced on Wednesday that it is allocating at least US$9,000 as an initial fund to assist earthquake victims in Bohol.

Father Edwin Gariguez, executive secretary of Caritas Philippines, said the resources of Tagbilaran and Talibon dioceses were not enough to respond to the needs of victims.

“We are monitoring the distribution of services and will be ready to complement the emergency efforts of affected dioceses,” Gariguez said on Wednesday.

He said resources from other dioceses are being tapped to provide emergency assistance to affected areas.

"Information and assessment reports are now being sent to Caritas member organizations to appeal for immediate emergency assistance," Gariguez said.

Authorities on Thursday said the death toll from the earthquake had reached 158.

The National Disaster Risk Reduction and Management Council said at least 3.4 million people had been affected by the quake.

The agency said at least 600 homes were destroyed while more than 1,400 were damaged.

The Philippine Institute of Volcanology and Seismology has reported more than 100 aftershocks in Bohol since the quake.