Do Not Reduce the Faith to ‘Moralistic’ Ideology, Pope Warns 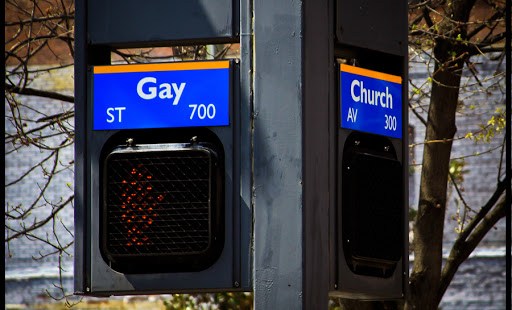 Pope Francis reflects on the dangers of following one’s own personal, “moralistic” ideology and stresses the importance of prayer in the faith life.

During his daily Mass homily Pope Francis reflected on the dangers of following one's own personal, “moralistic” ideology, stressing the importance of prayer in staying open to God.

If a Christian “becomes a disciple of ideology,” noted Pope Francis during his Oct. 17 daily Mass, “he has lost the faith.”

Pope Francis offered his words to those who were gathered with him in the chapel at the Vatican’s Santa Marta guesthouse, warning them against acting as if the “key is in (their) pocket, and the door closed.”

The Holy Father reiterated Jesus' words to the scholars in the day’s Gospel, taken from Luke, in which he tells them that they have taken the key of knowledge, reflecting that in this scene Jesus speaks to us about the “image of the lock.”

It is, he said, “the image of those Christians who have the key in their hand, but take it away, without opening the door,” and who “keep the door closed.”

Asking those present how a Christian is able to fall into this attitude, the Pope reflected that “The faith passes, so to speak, through a distiller and becomes ideology. And ideology does not beckon (people).”

Noting that a “lack of Christian witness does this,” he stressed that “when this Christian is a priest, a bishop or a Pope it is worse.”

“When a Christian becomes a disciple of ideology,” urged the Pope, “he has lost the faith: he is no longer a disciple of Jesus, he is a disciple of this attitude of thought,” and “the knowledge of Jesus is transformed into an ideological and also moralistic knowledge.”

“Ideology frightens, ideology chases away the people,” he stressed, stating that it is because of this that many are distanced from the Church.

“It is a serious illness, this Christian ideology. It is an illness, but it is not new,” he said, recalling how the Apostle John alludes to this mentality in his first letter.

Pope Francis then emphasized that the attitude of those who lose their faith in preference of personal ideologies is “rigid, moralistic, ethical, but without kindness.”

“But why is it that a Christian can become like this? Just one thing: this Christian does not pray. And if there is no prayer, you always close the door.”

“The key that opens the door to the faith,” the Pope noted, “is prayer,” and “when a Christian does not pray, this happens. And his witness is an arrogant witness.”

The Christian who does not pray, urged the Pope, is “arrogant, is proud, is sure of himself. He is not humble. He seeks his own advancement…when a Christian prays, he is not far from the faith; he speaks with Jesus.”

When we pray, the Pope reflected, Jesus tells us to “go into your room and pray to the Father in secret, heart to heart,” because “It is one thing to pray, and another thing to say prayers.”

Those who do not pray abandon the faith, stressed the Pope, and allow it to become a “moralistic, casuistic ideology, without Jesus.”

“We ask the Lord for Grace,” he concluded, “first: never to stop praying to never lose the faith; to remain humble, and so not to become closed, which closes the way to the Lord.”