Jesus Was a Socialist, So Says Notre Dame Theologian to Bill O’Reilly 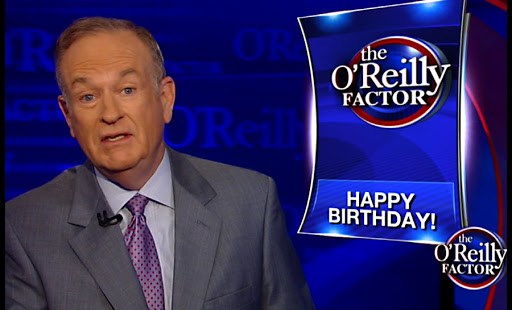 A theology professor from the University of Notre Dame appeared on the O’Reilly Factor and argued that Jesus was a socialist and collectivist who advocated for free health care.

University of Notre Dame theology professor Candida Moss, who made headlines last year with her book that claimed that the early Catholic Church fabricated accounts of martyrdom and persecution in order to fund churches, is now promoting the idea that Jesus was a socialist and/or a collectivist.

Before making an appearance on Fox News’ The O’Reilly Factor, Moss not only retweeted, "Jesus was a Middle Eastern socialist who fed the poor and advocated for free health care. Pretty much Bill O'Reilly’s nightmare," but wrote: "Agree!"

And despite writing a largely unfavorable review about O’Reilly’s book at The Daily Beast, in which she criticized it because, “there’s no mention of the free health care offered by Jesus and his followers, or the insistence that the wealthy give away their possessions,” Bill O’Reilly nonetheless invited her on his show.

On that edition of the O'Reilly Factor, Moss said, “It’s a historical fact that Jesus taught people that in order to go to heaven they had to give away their possessions.”

O’Reilly countered by saying, “If you’re going to sit there, professor, and tell me as a theology professor at Notre Dame that everybody has to sell their stuff, and can’t have anything or they can’t go to heaven, I’m going to say you’re a loon.”

Moss responded by declaring, “Jesus is not a free market person.”

The following day, Moss went on Stuart Varney’s show on the Fox Business Network and said, “I would say that Jesus is a collectivist.”

She then went on to say that when Jesus turned over the tables in the temple that one could make an argument that it was about tighter banking regulations.

Bill Dempsey of the Sycamore Trust, an organization committed to promoting Catholic identity at Notre Dame, told Catholic Education Daily, “If Moss is right, the Church has been misleading its members for 2,000 years in the worst possible way.  And Notre Dame has failed its donors by not warning them that they risk damnation if they don’t give away everything they have.”

Dempsey called Moss’ characterization of Jesus an embarrassment to the university. “Notre Dame has taken another hit,” he said.

He also points out that despite these wild assertions by Moss, the university promotes her as an “expert” for the media to consult. And as The Cardinal Newman Society reported earlier, Moss is one of only two professors that Notre Dame is using for their first accredited online classes.