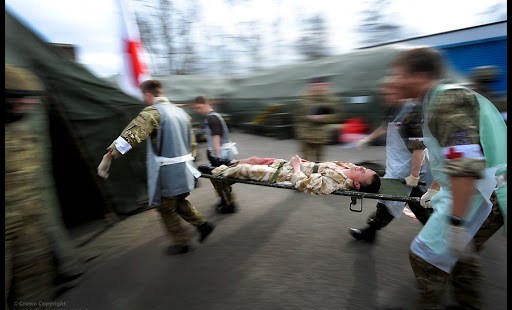 Yes, the media has gotten some of what Pope Francis has said wrong, but they’re right about this: he’s setting the Church on a new path. Get ready for an exciting ride.

Among Catholics who’ve been rattled by remarks by Pope Francis in his famous interviews, some have sought solace in blaming the media. They have a point. Sensationalism, oversimplification, and ignorance (headline writers notwithstanding, “proselytism” and “conversion” are two quite different things) really have marked some of the papal coverage to date.

But when you’re through criticizing the press, the fact remains that the reporters have gotten it essentially right. Pope Francis truly is saying something different while apparently preparing to set the Church on a significantly new path. This makes it a matter of urgency that Catholics, instead of getting hung up on media mistakes, grasp where the Pope’s newness really lies.

Italian Vaticanologist Sandro Magister offers a helpful insight on that. To comprehend Pope Francis, he says, he should be seen in the line of two larger-than-life figures of the not so distant past – Cardinal Carlo Martini, S.J., of Milan and Cardinal Joseph Bernardin of Chicago.

Cardinal Martini, a Jesuit like Pope Francis, died in 2012. For many years, he was Catholic progressives’ favorite candidate for election as Pope. Cardinal Bernardin died in 1996; during most of the preceding two decades, he was the dominant figure among his brothers in the U.S. hierarchy.

By no means is Pope Francis’s resemblance to the two cardinals a perfect likeness. The Pope is very much his own man, with his own style and his own priorities. Still, no one who knew either Cardinal Martini or Cardinal Bernardin can help but notice the similarities. Especially, as Magister suggests, these concern the stance the Church should adopt in addressing the secular culture.

In modern times, the stance has generally been confrontational and combative: error must be corrected, evil resisted, no matter the cost. By contrast, the Martini-Bernardin approach is notably different: instead of confronting the secular culture, seek common ground. Where no common ground can be found, downplay the conflict as much as can be done without sacrificing principle.

And the Pope? His strategy is reasonably clear from the metaphor used in his interview with several Jesuit journals to describe the role of the Church in today’s world.

“I see the Church as a field hospital after battle. It is useless to ask a seriously injured person if he has high cholesterol and about the level of his blood sugar. You have to heal his wounds. Then we can talk about everything else. Heal the wounds, heal the wounds…”

Here is the context in which to read Francis’s words, in which he calls on Catholics to talk less about abortion, gay marriage, and contraception. First, he’s saying we should stop the spiritual hemorrhaging from the wounds inflicted by the culture on faith and hope, and only then turn to specific problems.

We now have clear evidence that Francis doesn’t intend only to talk about these things. It’s his move in summoning an “extraordinary” – that is, out of the regular cycle – session of the world Synod of Bishops a year from now to consider “the pastoral challenges of the family.”

This consultation with bishops from around the world reflects his commitment to collegiality as well as his concern for divorced and remarried Catholics. If Pope Francis has anything to say about it – and it hardly needs saying that he will – the Church’s pastoral approach to them will be at the top of the Synod agenda.

So, unavoidably, questions will be raised regarding Catholic doctrine on the indissolubility of marriage. But never mind the press – the truth is, we’re in for an exciting ride.