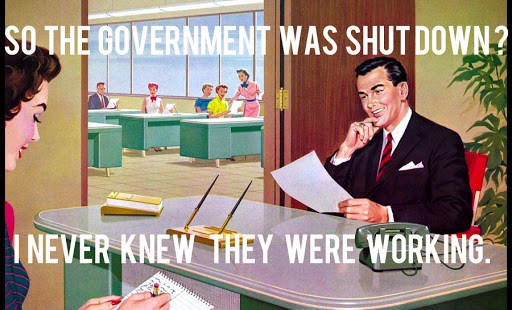 U.S. bishops welcomed the end of the federal government’s two-week shutdown, emphasizing the harm caused to the American people by the stalemate.

The end of a two-week shutdown of the federal government was welcomed by both the U.S. bishops and President Barack Obama, both speaking to the harm caused to the American people by the stalemate.

“The shutdown has had a widespread impact on many people, especially the poor, who suffered for lack of basic services during the period,” said Bishop Stephen Blaire of Stockton in an Oct. 17 statement distributed by the U.S. bishops' conference.

“With the government now open, beneficiaries of government services, particularly the elderly and children, can hope to resume a normal life with a safety net securely in place.”

President Obama emphasized that although the the price of the shutdown was great in both financial and social capital, he was confident that “we'll bounce back from this.”

The government shutdown, which lasted 16 days, began Oct. 1, when federal lawmakers failed to agree on spending authorization bills for the new fiscal year.

The programs shut down affected a range of programs, including education for for at-risk preschoolers, scientific research, and grants to charitable organizations.

“These last few weeks have inflicted completely unnecessary damage on our economy,” the president stated, saying it left families “without paychecks or services they depend on,” and impacted international credit ratings.

Going forward, the president urged the American people to “work together to make government work better instead of treating it like an enemy or purposely making it work worse.”

“Push to change it. But don't break it.”

He acknowledged that there are certain issues where “we'll be just too far apart to forge an agreement,” but stated that this difference in viewpoint “should not hold back our efforts in areas where we do agree.”

The bishops affirmed that in the wake of the loss of services that many depend upon, they will “continue to advocate for a 'circle of protection' around programs that serve the poor, and vulnerable people.”

The bishops also affirmed their continued support for religious freedom protections against the Health and Human Services mandate forcing employers to provide and pay for abortion-causing drugs, contraceptives, and sterilizations, even if providing these products violates the employers’ deeply-held religious or moral beliefs.

One of the items that sparked the shutdown was a stalemate over conscience-protection measures against the mandate that were added to the spending bills.

They warned that continuing to enforce this mandate would harm many Catholic ministries that provide for the “poor and vulnerable.”

“The bishops have pressed for legislative relief from the HHS mandate since its inception more than two years ago,” Archbishop William E. Lori of Baltimore explained in a statement.

“Church efforts to protect rights of conscience will continue despite this temporary setback.”