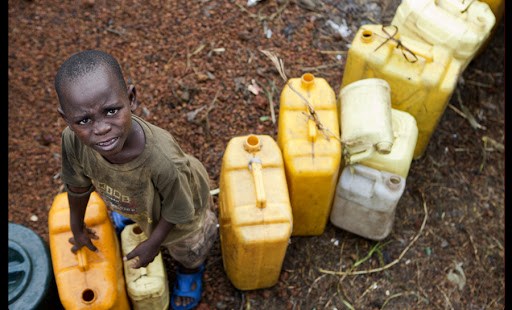 Modern day slavery is prevalent throughout the world even though it goes by different names, a human rights activist has clarified in light of a new worldwide report.

Modern day slavery is prevalent throughout the world even though it goes by different names, a human rights activist has clarified in light of a new worldwide report.

“Modern day slavery has many faces,” Dr. Ana Steele told CNA, explaining that the United Nations’ definition includes “the exploitation of the prostitution of others or other forms of sexual exploitation, forced labor services, slavery or practices similar to slavery, servitude or the removal of organs.”

Her comments come in the wake of the release of the 2013 Global Slavery Index which detailed the various kinds of modern-day slavery as well as countries with the highest density.

The report stated that “modern slavery takes many forms, and is known by many names: slavery, forced labour or human trafficking,” and included these different forms in its study of slavery around the world.

Conducted by the Walk Free Foundation, the study found that worldwide there are 29.8 million persons held in modern-day slavery while researching the countries with the highest proportions of its people living in slave-like conditions.

Mauritania in West Africa has the highest rate of slavery with nearly four percent of its population subjected to some form slavery.

Dr. Steele, whose work focuses on helping Dalit and Adivasi caste-members in India escape slavery and extreme poverty, explained that modern slavery is not only a human rights concern, but a development concern as well.

“Slavery destroys lives and destroyed lives create a nation in crisis,” she said.

In order to end the toleration of slavery, nations must come together in “a concerted global effort” to do so.

The surest ways of eliminating slavery is the use of preventative measures which “seek to combat the push factors that lead to enslavement” as well as those that “aim to change a life and ultimately change a nation.”

“Our efforts need to include preventing the next generation of victims,” and should include “programs such as education, healthcare, economic security building, and social justice advocacy and intervention that serve the most marginalized and at-risk populations,” she said.

Individuals can aid the fight against human trafficking “by committing to stay informed and following organizations that are at the vanguard of anti-slavery work,” helping with “restoration efforts underway for victims of modern day slavery,” and “most importantly, by supporting prevention.”

The Global Slavery Index used research conducted over a period of 10 years and was compiled by a team of four authors and drew from support of 22 experts. Although this is the first, the aim is to conduct a yearly report on global slavery.