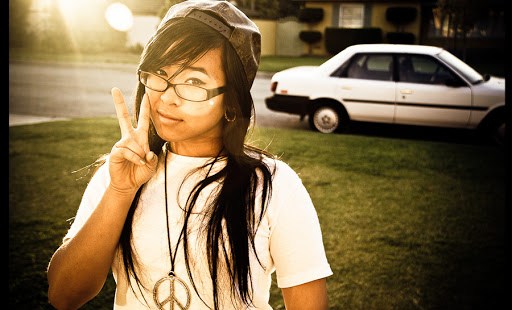 The best way to help others move toward the truth is in the context of a good relationship. Keep that in mind next time a Facebook friend baits you into online debate on some hot button issue.

A few days ago, a very good friend of mine posted something on Facebook that made my blood run cold.  It was a thought experiment, taking the current global population total and extrapolating that huge number down to smaller, more manageable scenarios.  My friend, through a logical series of omissions and exclusions, worked out our current population to 5.31 acres of land per person.  This, according to him, was “scary.”

I immediately responded with panic and hostility.  I’ve known this man for years; I know that for both of us, environmental issues are of primal concern.  So to see him starting off on what I perceived to be an anti-human,  “there’s too many people”/“people are a plague” tangent made me angry both for the message and scared for what it meant to our friendship.

Because I am a foolish, rash individual who needs to learn to control her tongue (and, in the age of text messaging, her fingers as well), I challenged his thinking.  People aren’t the problem, I maintained; inequitable distribution of resources coupled with a shocking lack of stewardship was.  He countered.  I retaliated.  The ground was rife for escalation and bad blood.

However, because both of us valued the immediate good state of our relationship over an abstract, distant environmental concept, we kept at it, dancing around the uncomfortable dissonance of our environmental philosophies while doing everything possible to keep our relationship intact.  Jokes peppered the bluntness of our disagreement, and a mutual respect kept us coming back for clarity.

Eventually, over the span of a couple days, through messages covering GMOs, habitat fragmentation, the Socratic method, and the Catholic understanding of subsidiary, we were able to have a breakthrough.  We were both fumbling towards what my friend called “a description of a quarter.  I’m describing heads, and you’re describing tails.”

It was a revelation.  While my initial impulse was to write him off as one of the anti-human greenies who would happily see all humanity (save themselves) dead (and for him to think of me as a member of the religious right, frothing at the mouth to salt the earth in the name of God), we both were willing to put our friendship first.  It is from that point that we worked toward common ground on the issues.

As we happily realized that we were, in fact, on the same page, and since neither of us had to declare the other to be “the enemy,” I remembered the nature of the word “shalom.”

When I was younger, shalom was explained to me much like the equally mysterious aloha – a word which means both “hello” and “goodbye”. My pastor once explained during a homily that shalom was packed with far more meaning than a simple greeting.  This word, he explained, covered a much deeper spectrum of human existence, from “wholeness” to “peace” to “right relationships.”  It was the first word the Resurrected Christ uttered to his Apostles, who were tortured by guilt and shame and fear while huddled in the upper room.  “Right relationships,” he said.  “Peace and wholeness.” That was first.  Then came the instruction and the teachings.

God chose a specific thirty-three years to walk among us, and there was not a single moment of that precious time which was accidental or without meaning.  His use of the word shalom is no different, and that utterance 2,000 years ago is still as meaningful to us now as it was to his disciples then.

Humanity – that very thing God, for whatever inscrutable reason, chose to elevate through salvation – operates optimally through social structures.  We are hardwired for relationships.  So of course God Incarnate, upon approaching his touchy, wild-eyed, and baggage-ridden friends, would first tell them in a single, tidy word, “It’s OK.  We’re good.  Our friendship is whole still, and there is peace between us.  All is well.”  How else could they ever have heard all he was trying to tell them about the direction of the Church?

It’s the same thing that drove my friend and I to carefully hammer away at our respective visions for proper environmental practices, chipping away at baggage and sacred cows until we found the common ground underneath.

It’s the same thing that our Pope has been driving home in his interviews – that the Gospel is predicated on peace and wholeness and a right relationship between God and man, and any attempt to circumvent that sense of shalom will result in the building of false gods and obsession with unwholesome topics.

Don’t be mistaken – our Pope isn’t saying that moving all people closer to the Truth is to be avoided – but he is saying, as did Christ before him, that human beings are designed to operate first through right relationships, and only then – as a response to that social harmony – toward moral perfection.  Pope Francis is calling us – the faithful – to be like Christ to our wild-eyed friends, and build the right relationship first, then impart the moral wisdom.