On Not Doing Evil So That Good May Come: A Review of “Foyle’s War”, Series Seven 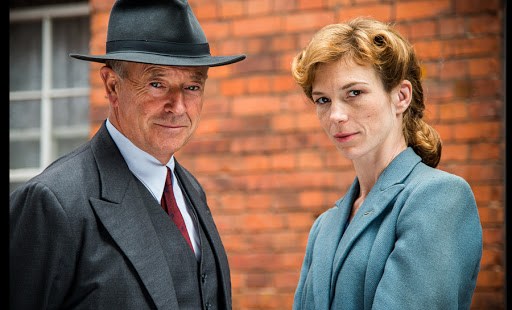 Just because the “bad guys” are doing it, too, or you think you can save lives with it, it doesn’t make an evil technique moral. Means matter, even in times of war.

At the beginning of the third volume of Evelyn Waugh’s masterful World War II trilogy, Sword of Honor, Guy Crouchback – a British Catholic officer entering a disillusioned middle age – has a conversation with his elderly father in which he disparages the Lateran Treaty. Gervase Crouchback rebukes his son’s irascibility. “‘My dear boy,’ he said, ‘you’re really making the most terrible nonsense, you know. That isn’t at all what the Church is like. It isn’t what she’s for.’”

"When you spoke of the Lateran Treaty, did you consider how many souls may have been reconciled and have died at peace as the result of it? How many children may have been brought up in the faith who might have lived in ignorance? Quantitative judgments don’t apply. If only one soul was saved, that is full compensation for any amount of loss of 'face.'"

This theme in Sword of Honor came to my mind as I reflected upon the most recent series in another story of World War II, Foyle’s War, an ITV production rebroadcast in the US on PBS in September 2013. (For those who haven’t yet seen this three-episode series, please know that what follows will be something of a spoiler.)

In this seventh series, the magnificent Michael Kitchen returns to play Christopher Foyle, now retired from his longtime role as Detective Chief Superintendent of the Hastings Police Force. When we first see him, Foyle has just returned from a post-war trip to America, and is soon ensnared by players in MI5 – including his erstwhile rival and sometime ally, Miss Hilda Pierce – who believe they can use Foyle’s police expertise in fighting the emerging Cold War. Foyle resists, but when it is revealed to him that his former driver in Hastings, Samantha “Sam” Stewart (played by Honeysuckle Weeks), is implicated in a Soviet spy ring, Foyle feels compelled to cooperate, if only for Sam’s sake. The three episodes in this latest series – two of which, happily, are penned by the show’s creator and its best screenwriter, Anthony Horowitz – all involve Foyle working with MI5.

But even in this first episode, entitled “The Eternity Ring,” the longtime viewer of Foyle’s War will notice something strange in Foyle’s behavior. It doesn’t take long for Foyle to discover that the suspicion surrounding Sam is a ruse, and soon the two are working together to subvert what appears to be a gang of Soviet spies called The Eternity Ring. Yet significantly, at the scene of a fatal accident involving what appears to be one of the Soviet spies, Foyle picks up the dead man’s set of keys without telling anyone, which he later uses to break into the dead man’s apartment without a warrant. Sam, now accompanying him, asks about the set of keys: “Where did you get that?” Foyle responds: “I liberated it.” Sam: “Is this quite legal?” Foyle: “Well, it’s not at all legal. But the security service doesn’t seem to have much regard for the law.” Sam asks as the two enter the apartment: “You’re not really going to work for them, are you sir?” Foyle: “Not if I can help it.”

When it comes to Foyle’s sense of integrity, the scene with the keys in “The Eternity Ring” is happily anomalous. At the end of this episode, when Miss Pierce offers Foyle a permanent position in MI5, Foyle retorts: “I haven’t got the requisite capacity for deceit.” But Miss Pierce appeals, successfully, to Foyle’s sense of duty, and in the end Foyle acquiesces to continue working for MI5.

But throughout the three episodes of this latest series, an interesting tension exists between Foyle’s scrupulous sense of integrity and the unscrupulous machinations of his colleagues at MI5. It is as if the new “war” that Foyle has to fight is as much against a Britain whose political character has turned Machiavellian than it is against the Soviets. At the end of the second episode in the series, “The Cage,” Foyle asks his superior at MI5, Sir Alec Meyerson: “It doesn’t bother you how the intelligence that arrives on your desk is obtained?” Sir Alec: “Of course it does, but if you think the Soviets aren’t using the same or worse methods, you’re wrong.” Foyle: “Well, I’m aware of what they do; it’s what we do that’s the issue.” Sir Alec: “But it’s intelligence that has saved many of our agents’ lives; I have to see both sides of the coin, that’s my job.” Sir Alec goes on to try to persuade Foyle that if they work together, they might actually do some good. Foyle takes Sir Alec up on his offer, but not in the way Sir Alec expects. In fact, at the end of the first two episodes, Foyle extracts a commitment from MI5 to help some innocent victim who has gotten mixed up in his investigation.

But in the third episode in the series, “Sunflower,” Foyle realizes that there is a point beyond which he cannot cooperate with the cunning methods of MI5. At the end of the episode, Foyle works with one of his colleagues to subvert an MI5 plan to move one of its key assets – a ruthless ex-Nazi officer responsible for the brutal execution of several British POW’s – safely out of England. At the moment of discovery of Foyle’s subversion, Miss Pierce turns to him: “Foyle! You’re a traitor to the service.” Foyle’s colleague then tells Miss Pierce: “If we end up working with [the ex-Nazi officer], we’re no better than he is.” And in the very last scene of this final episode, when Sam, driving Foyle back to town, asks him, “Where to, sir?,” Foyle’s response is a blunt but ambiguous, “Good question.”

Has Foyle decided to leave MI5? And if so, then where is he going?

Quantitative judgments don’t apply. This is the wisdom Guy Crouchback learns from his father, a wisdom that ultimately inspires him at the very end of Sword of Honor to go to great risk to rescue several refugees from Communist Yugoslavia. But another lesson Guy learns in the war is that, in the end, the combatants were simply “two gangs of indistinguishable louts.” This might seem harsh. But Guy Crouchback stands with Foyle as a man with an extremely fine sense of justice – one which, in Crouchback’s case, is animated by divine charity, which cannot – will not – suffer the plots and strategems of any regime bent upon pursuing evil so that good may come.

Daniel McInerny is the English language editor of Aleteia. He may be contacted at daniel.mcinerny@aleteia.org. You can follow him on Twitter @danielmcinerny. This article first appeared on The Imaginative Conservative.