University of Mary to Bestow Honor on Cardinal Dolan 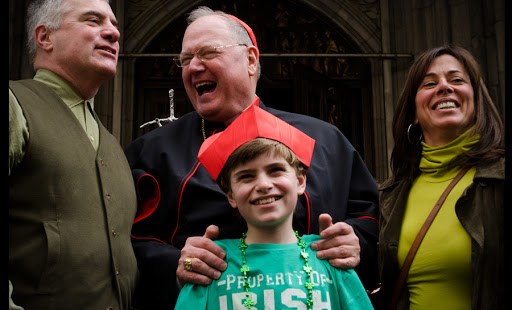 The University of Mary recently announced that it will bestow an honorary degree upon Cardinal Timothy Dolan, Archbishop of New York.

The University of Mary recently announced that it will bestow an honorary degree upon Cardinal Timothy Dolan, Archbishop of New York, on Saturday, October 26, 2013.

The awards ceremony will take place during the Diocese of Bismarck's "THIRST" conference later this week.  Cardinal Dolan's presentation at the event, titled, "Go Teach All Nations: Passing the Treasure of Faith to the Next Generation," is sponsored by the University of Mary.

Cardinal Dolan was the rector of the North American College in Rome when I was a student there. He is a man of the Church and of the people — which is why he's excited to reach out and meet the good people of North Dakota. He's quickly become the public face and leader of the Catholic Church and Catholic culture in America. People will warm to him quickly and they will witness first-hand how genuinely charming, engaging and gregarious he is with everybody. His endearing qualities make him so respected around the world — and give us so much honor and pride to host him and have him speak at the diocesan THIRST conference.

The University of Mary is recommended in The Newman Guide for its strong Catholic identity.