Vatican Event Brings Sports ‘Into the Heart’ of the Church 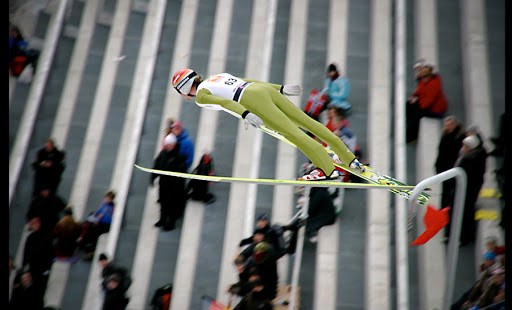 The Vatican’s Pontifical Council for Culture held a conference on “believers in the world of sports” this week to discuss the role of the Church in the realm of athletics.

The Vatican's Pontifical Council for Culture held a conference on “believers in the world of sports” this week to discuss the role of the Church in the realm of athletics.

“We wanted to bring sports into the heart of the Church,” said Monsignor Melchor Sanchez de Toca, undersecretary of the council, “to remember that sports is important…for a sound and full Christian life.”

He told CNA on Oct. 21 that the group also wanted to remind “the world of sports that the Church has much to bring about, much to say, to a world that sometimes is rotten,” or that “has lost the values which are the foundation of sports.”

The conference was held during the celebration of the Church's Year of Faith, and invited international professional athletes, heads of Catholic sporting associations, and representatives of bishops' conferences involved in the pastoral care for sports to join in a reflection on the relationship between faith and athletics.

“Sport needs healing from its degenerations, so that it becomes again a meaningful cultural phenomenon and reference point for the youth, making the most of the creative spirit of the human person,” Cardinal Gianfranco Ravasi, president of the Pontifical Council for Culture, noted on the council's website.

Msgr. Sanchez de Toca explained that “the first goal is to call the attention of everyone towards the importance of sports in Christian life – for parishes, schools, Catholic schools, seminaries, houses of education or training for clergy and religious people.”

Secondly, he added, the council hopes that at the conference, leaders in the sporting world can discuss with the Church “what we can do for the world of sports – what values do they need? What can the Church bring into this world? And vice versa: how to bring the sports into the daily Christian life.”

Presentations by experts at the conference included subjects such as “The Value of the Body in Disability,” and “Sports Reveal the Face of God to Human Beings.”

Monday's conference was preceded by “100 meters of racing in the faith” on Sunday morning in St. Peter's square.

The event, co-sponsored by the Italian Center for Sports, involved the set-up of a 100 meter track along the street leading to the square. Over 5,000 invited participants ranging from Olympic athletes to local parish groups and passersby were encouraged to run the track.

Various athletes spoke to the crowd, witnessing to the value of sports in their own lives.

One seminarian from the North American College in Rome said that “like John Paul II, I believe sport is a school of virtue.”

“When I play soccer, I have an opportunity to practice many virtues,” he continued, “like perseverance when I am tired or sacrificing for others.”

Sylvia Schiavi of Rome who volunteered at Sunday's event told CNA, “I think sometimes sports can help people who suffer a lot in their lives to gain something more from the world.”

Other participants in the conference and event included members of the Special Olympics, Linda Del Rio of Varsity Catholic, Olympic gold-medalist Jason Gardener, and Ray McKenna, President of Catholic Athletes for Christ.