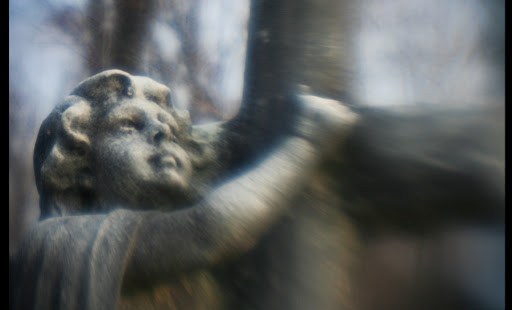 A spiritual theology professor has said that an internal report acknowledging theological society group excludes conservative thinkers is regrettable, yet an opportunity for change.

A spiritual theology professor has said that an internal report acknowledging the Catholic Theological Society of America excludes more-orthodox and conservative thinkers is regrettable, yet an opportunity for change in the group.

The National Catholic Reporter recently published a May 15 report of the Catholic Theological Society of America's committee on theological diversity, which said, “the self-conception of many members that the CTSA is open to all Catholic theologians is faulty and self-deceptive.”

"As one of our members put it, the CTSA is a group of liberal theologians and 'this permeates virtually everything … because the CTSA does not aspire to be a partisan group, both attitudes and practices will have to shift if the CTSA is to become the place where all perspectives within Catholic theology in North America are welcome," the report continued.

Dr. Anthony Lilles, who teaches spiritual theology at St. John Vianney Seminary in Denver, Colo., commented to CNA Oct. 22 that he is “both saddened and encouraged by the report.”

Lilles lamented the news that “a forum is provided in which Catholic scholars deride the views of their peers” and “cheer derogatory remarks against the Magisterium,” saying that “these observations suggest the CTSA has betrayed the very purpose responsible Catholic theology exists to serve.”

In addition, the report continues, members of the society will make jokes “and snide remarks about, or disrespectful references to, bishops, the Vatican, the Magisterium, etc.”

“These predictably elicit derisive laughter from a part of the audience.”

Richard Gaillardetz, president of the Catholic Theological Society of America, explained in an Oct. 4 letter to the members of the organization that while the board does not share all of the concerns of the committee's findings, the report is still “an opportunity for an examination of conscience regarding our treatment of colleagues whose theological and ecclesial commitments differ substantially from our own.”

"As a professional society we are bound to consider the issues highlighted in the committee report with the utmost seriousness. The Catholic Theological Society of America should aspire to be a 'big tent' professional society that models in its attitudes and policies a commitment to the full catholicity of our theological tradition.”

He encouraged members to consider “the advantages of a theologically diverse leadership” when choosing board members, and asked that members refrain “from calling into question the good faith of others” and be respectful

Responding to the report, Lilles, who earned a doctorate in spiritual theology at the Angelicum in Rome, said that a “growing number of scholars like myself are not convinced” that the Catholic Theological Society of America does not have “the respect, or attentiveness, or freedom” needed for authentic theological conversations.

“Theology is a conversation in the Church about the most beautiful truths ever entrusted to humanity, and is to protect and cultivate the living faith of the … most vulnerable of the People of God,” he explained.

“This effort, to be authentic, requires an attitude of mutual respect and attentiveness, as well as freedom from the undue influence of cultural and political powers.”

However, he continued, the report bringing such narrow attitudes to light “is also encouraging.”

The decision to “come together and begin to shed light on this failure” and to share the findings of the ad hoc committee publicly “suggests the beginning of an important new opportunity for this society,” Lilles said.

The report's “thoughtful solidarity of concern for mutual respect” is encouraging, he said, and “is an example that might advance a more constructive and Catholic conversation, not only for this society, but also for other similar professional and academic organizations in the Church.”