Are You Even Aware of How Little You Know about Islam? 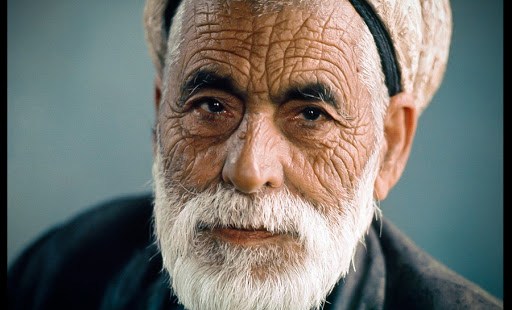 Even the most devout Catholics know next to nothing of the second largest religion in the world – and what they think they know is often wrong.

Despite all the emphasis on critical thinking in our schools, American students have long lagged behind students in the rest of the developed world in tests of reading, science, and math.  E.D. Hirsch, Jr., the author of The Knowledge Deficit and other books on education, suggests that the problem lies in the fact that the critical thinking craze was accompanied by a corresponding de-emphasis on factual knowledge.  As Hirsch points out, you can’t think critically unless you have something to think about, and American students have a woefully inadequate store of facts about history, geography, math, science, and grammar, leaving them not only unprepared to compete on international assessment tests but also leaving them unprepared to compete in the global job market.

Western citizens suffer from a similar knowledge deficit about Islam – a deficit that leaves them unprepared to think critically about the global resurgence of Islam in our times.  For reasons to be explained shortly, this knowledge gap is particularly acute among Catholics.  Catholics either know next to nothing about Islam, or else they are depending on a simplistic narrative about Islam that is long on hope and short on facts.

I had an opportunity this summer to test a sample of Catholics on their understanding of Islam; the results were not encouraging.  I administered a twenty question “Knowledge of Islam” survey to 150 members of the Fellowship of Catholic University Students (FOCUS) who were enrolled in a month-long training session to prepare them to evangelize students on both Catholic and non-Catholic campuses.  Even though the FOCUS members are, in many respects, the crème-de-la-crème of recent Catholic grads in the U.S., they did poorly on the questionnaire – the average score was 31 out of a possible 100.  The questions, which were in multiple-choice format, had to do with basic facts and definitions with which most Muslims would be familiar.  In light of the rapid expansion of Islam in recent decades, one would think that non-Muslims would also be anxious to familiarize themselves with this basic knowledge.

Why don’t they?  Part of the reason, of course, lies in the normal inclination to inertia.  But in the case of Islam, another factor is in play: after 9/11, a politically correct narrative about Islam was quickly established which had the effect of inducing a certain complacency.  Islam, we were assured, was a religion of peace, and terrorists were misinterpreting their religion. The formula, in effect, excused us from doing our homework. If terrorism has nothing to do with Islam, it follows that there is no particular urgency about bringing oneself up to speed on Islam.

Many of the responses to the questionnaire seemed to reflect that narrative.  For example, a question about the definition of the word Islam had four possible answers – “peace,” “submission,” “justice,” and “dedication.”  Fifty percent of the FOCUS group answered correctly that Islam means “submission,” but the next most popular choice (35%) was “peace.”  For over a decade, media, governmental, and academic elites have been insisting that Islam means peace, and that narrative still exerts a strong influence over public opinion.

Catholics have their own semi-official narrative about Islam, and in many ways it reinforces the narrative of the secular elites.  Although most Catholics couldn’t quote the relevant paragraph verbatim, most are vaguely aware that the Catechism of the Catholic Church says that Muslims, together with Catholics, worship the one God.  More informed Catholics – such as the members of FOCUS – are also aware that the Vatican II document,