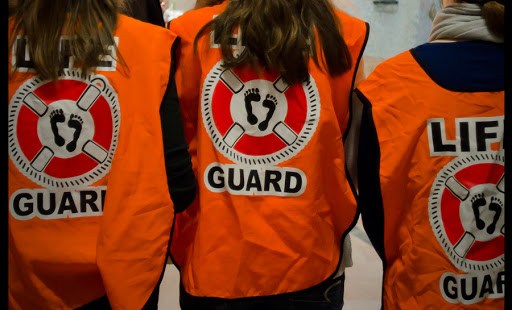 During the Denver archdiocese’s “White Mass,” Archbishop Aquila urged Catholic medical workers to be “unconditionally” pro-life, criticizing those who perform medical killing in the name of conscience.

Archbishop Samuel Aquila of Denver urged Catholic medical workers to be “unconditionally” pro-life witnesses, criticizing those who support abortion and other forms of medical killing in the name of conscience.

“Any time anyone takes the life of an unborn child, or promotes assisted suicide or euthanasia, or treats others as though they can be thrown away, their conscience is deadened and erroneous, and they are not listening to the voice of God or the voice of truth but rather are listening to the father of lies, to the evil one,” he preached during the Denver archdiocese's Oct. 19 “White Mass” at St. Thomas More parish in Centennial, Colo.

The White Mass is a long-standing tradition for health care professionals, taking its name from the white clothes common in their profession.

“Sadly, what has happened with so many Catholics today is that they have come to understand conscience as listening to their own voice, rather than listening to the voice of God as he has revealed himself in Scripture and in Tradition,” the archbishop said.

He taught that Catholics must form their consciences and understand that their conscience can become “hardened,” “deadened” and “erroneous” when it is “not faithful to God and to the truth.”

“It is essential that we help people to understand that conscience is the voice of God living within the human heart. They must quietly listen for that voice and open their hearts to it.”

Archbishop Aquila cited Pope Francis’ Sept. 20 words to Catholic medical professionals, when the Pope said every child condemned to abortion “bears the face of Jesus Christ.” He condemned negligent attitudes toward both the unborn and the elderly, urging that “they cannot be thrown away.”

Archbishop Aquila also stressed Bl. John Paul II’s words in his 1995 encyclical Evangelium Vitae, where he said that in the conflict between the “culture of death” and the “culture of life,” there is “the inescapable responsibility of choosing to be unconditionally pro-life.”

Archbishop Aquila said this is “true of anyone who claims to be Catholic.”

This “culture of truth and love” springs from the encounter with Jesus Christ, he said.

Countering relativism, the archbishop said human beings are capable of discovering truth and “that the truth is a person, it is Jesus Christ who leads us into all truth, who is valid for every human being.”

“We are called to proclaim that in love. We must propose those truths constantly and courageously, helping people to come to know the truth of Christ.”

Archbishop Aquila stressed the importance of “the gift of faith” given to Abraham and to every Christian. He urged “a deep trust and confidence in Jesus” and also in the promise that the Holy Spirit will guide those who proclaim Christ to the world.

He said Catholics in the Denver archdiocese must be “those who go, as Pope Francis has said so often, to the outskirts,” in order to proclaim Jesus Christ.

Archbishop Aquila closed his speech to the health care workers by quoting Pope Francis: “The credibility of a health care system is not measured solely by efficiency, but above all by the attention and love given to the person, whose life is always sacred and inviolable.”