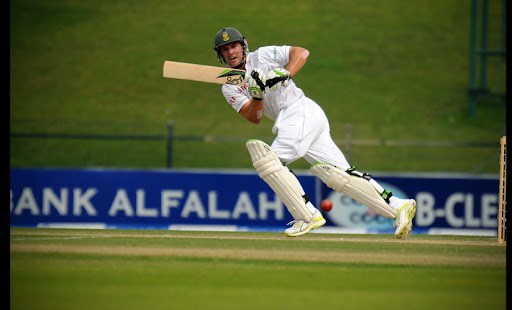 The Holy See has launched a new cricket club with the goal of encouraging dialogue between cultures, as well as growing virtue among the athletes, both on and off the field.

The Holy See has launched a new cricket club with the goal of encouraging dialogue between cultures, as well as growing virtue among the athletes, both on and off the field.

“The idea was if we start a cricket club, cricket being so popular in the whole of the East, especially in the Indian sub-continent, we could start a dialogue through cricket,” Father Theodore Mascarenas told CNA in an Oct. 22 interview.

Fr. Mascarenas is a member of the Pontifical Council for Culture, overseeing the departments for Asia, Africa and Ushuaia, and is also the new chairman for the Vatican cricket team, called the Saint Peter's Cricket Club.

The club was originally proposed to Cardinal Gianfranco Ravasi, who suggested the team be named after the Apostle Peter, by Australian ambassador to the Holy See Mr. John McCarthy, and will be composed of the priests and seminarians in Rome.

“There are lots of young seminarians here who have played cricket and some of them are very high quality,” Fr. Mascarenas added, “you won’t believe it when you see them playing.”

Speaking of the decision to start a cricket club, the priest noted that one of the determining factors in founding it was that “a dialogue through cricket meant we could talk to people, to Muslims, to Hindus to Buddhists, to Sects, in the medium of cricket because that’s one language that everybody speaks together.”

Getting to know people, urged Fr. Mascarenas, is the first step in intercultural dialogue, and is also the “most difficult part.”

He reflected that although this first step is challenging, “cricket I think is an easy means” to enter into this dialogue, and expressed his hope of “starting a dialogue over the ocean.”

Another hope of the club, expressed the priest, is that “first, through sports, the priests and seminarians with their exemplary behavior on the field, would be an example of how spirituality influences sport, on the practical level.”

Secondly, Fr. Mascarenas urged that “we hope that seeing priests and seminarians play sports, participate in sports,” that “sports gets an elevated stand, and elevated status, in society.”

The priest emphasized “that sports is not something dirty played for money, but is played as a part of faith, as a part of spirituality,” and that part of the intention is also to promote the adage of “healthy mind and healthy body” amongst those who play.

An Oct. 22 press release announcing the launching of the club revealed that cricket is the second most popular sport in the world, its strongest presence being in the entire Indian sub-continent, as well as Australia, South Africa, the United Kingdom, New Zealand and the West Indies.

With 105 countries currently participating in the sport, cricket is also beginning to have a stronger grip in the countries of Ireland, Canada, Holland, and even some parts of the United States.

“It’s really a game that brings passion into people,” he urged, stating that “what baseball has done to America, that’s what cricket is doing to the subcontinent.”

The Saint Peter's Cricket Club currently has several different objectives in which it is working, the first being to organize a tournament amongst the various colleges in Rome, which, according to a survey done earlier this year, will be able to count on roughly 300 players and supporters from the city.

Eventually the club hopes to challenge the Church of England to a match, and aims in the future to play teams from Muslim, Hindu, Sikh, and Buddhist educational institutions in order to fortify relationships and dialogue with various cultural communities.