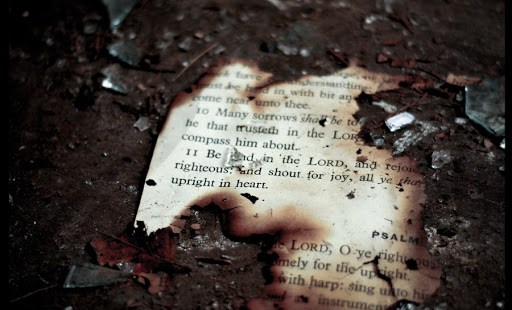 The Islamic faction that monopolized armed insurrection against the regime in Damascus has organized a book burning of Bibles and Christian books in front of a Greek-Catholic church in Raqqa.

The militia of the Islamic State of Iraq and the Levant (ISIL), the faction that in several regions of Syria monopolized the armed insurrection against the regime in Damascus in recent days, have organized a book burning of Bibles and Christian books in front of the Greek – Catholic church of Our Lady of the Annunciation in Raqqa, the Syrian city which has been for months under the control of anti-Assad militias.

This information was reported by the indipendent Kurdish Agency – AraNews, known for its critical stance against the Syrian regime and in contact with activists and informers that from Raqqa have leaked the news via social networks.

The region of Raqqa was the scene of clashes between the army of Assad and the militias of the opposition in March. After the withdrawal of the government army, internal clashes between the anti-regime Free Syrian Army battalions and groups of the Islamic State of Iraq and the Levant began.

The stated purpose of this faction is the creation of an Islamic caliphate in the areas which have fallen under its control. To do this, civilians are subjected to campaigns of indoctrination and fanaticization based on jiahdist ideology. Already in September several videos circulating online had documented the vandalism committed against the two churches in the city of Raqqa by militants of ISIL, with the destruction of crosses, statues and sacred images.

In Raqqa, in late July, the Roman Jesuit Paolo Dall'Oglio was kidnapped. As reconstructed by Fides Agency (08/26/2013) the main suspects in the kidnapping of father Paolo are the affiliates of ISIL.