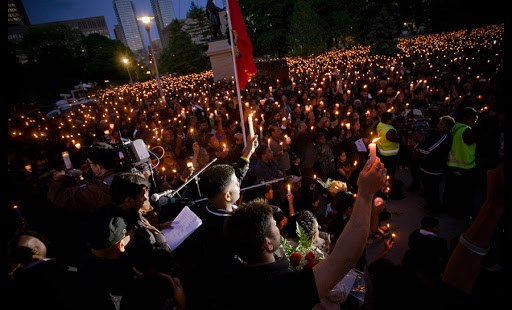 A Catholic Tamil priest claims that the Sri Lankan government has failed in national reconciliation in the aftermath of the civil war.

The Sri Lankan government has failed in national reconciliation in the aftermath of the civil war. In such situation, we need a prophetic role of religious leaders. This is what S. J. Emmanuel, a Catholic Tamil priest, president of the "Global Tamil Forum" says in a note sent to Fides Agency.

The priest noted that the institutions were not interested in the two central issues: reconciliation and reconstruction. They indulged in triumphant tones after the civil war and used funds from abroad "to erect monuments in memory of the victory" and more military camps, rather than for houses for displaced families.

Reconciliation, he notes, "is made increasingly difficult by the militarization of Tamil regions and vindictive attitude of the regular army."

The priest says that reconciliation between ethnic and religious groups "has to do with the opening of hearts and minds, with values such as truth, justice, love of one’s neighbor, compassion." These elements are even more important than roads or infrastructure.

"Shyness and passiveness are the worst enemies of Sri Lanka," warns the priest, remembering the figure of Bishop Lakshman Wickremesinghe, who died in 1983, a man of prayer and "a tireless promoter of a commitment to change."

"Religions," concludes S. J. Emmanuel, "have the task of proclaiming eloquently to the vital centers of society and their leaders the truth about man, his dignity, his rights. The peaceful coexistence of all peoples in Sri Lanka will only be possible when non-political leaders – religious, civil and social – will fulfill their role of speaking truth to power."