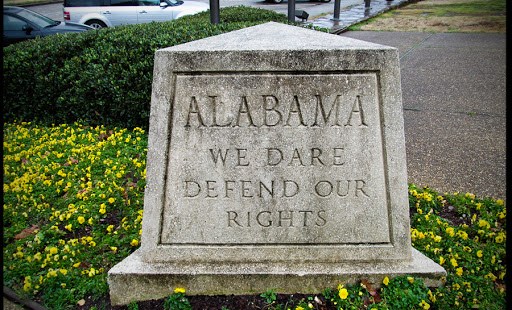 EWTN Global Catholic Network has been joined by the state of Alabama in a new lawsuit against the Obama administration’s contraception and sterilization mandate.

EWTN Global Catholic Network has been joined by the state of Alabama in a new lawsuit against the Obama administration’s contraception and sterilization mandate.

“EWTN has no other option but to continue our legal challenge to the mandate,” said chairman Michael P. Warsaw in an Oct. 28 statement announcing the suit.

The network had originally filed a suit against the federal government Feb. 9, 2012 and was later joined by Alabama through the state's attorney general, Luther Strange. That suit was dismissed, but in the new suit, Alabama has joined EWTN at the start.

“I am proud to stand with EWTN to oppose this unconscionable mandate. … the freedom of religion, and to believe as one sees fit, is our ‘first freedom’ under the United States Constitution,” Strange said regarding the new lawsuit.

The Becket Fund for Religious Liberty is representing both EWTN and Alabama in the suit.

“Version 2.0 of the mandate is just as bad as version 1.0,” Lori Windham, senior counsel at the Becket Fund said. “It would still force the world’s preeminent Catholic network to betray publicly the very teachings it was founded to promote, and which it promotes on a daily basis.”

EWTN's original suit against the HHS mandate was dismissed March 25 by Judge Sharon Lovelace Blackburn, who said the matter should be deferred until the mandate’s new regulations were “created and finalized.”

At the time she noted that the Obama administration vowed to implement new rules to address concerns such as those raised by EWTN and Alabama.

The mandate was issued by the Department of Health and Human Services under the Affordable Care Act and requires employers to provide and pay for contraception, sterilization and abortion-causing drugs and procedures in employee health insurance plans, even if doing so violates the employer's conscience or religious beliefs.

In June 2013, the government finalized an exemption from the mandate for certain religious organizations, however, the exemption only applies to houses of worship, and not religious non-profit ministries, schools, hospitals or charities, nor does it apply to for-profit organizations run by religious persons.

By shifting the contraception coverage from the employer to the insurance provided by the employer Warsaw said the federal government has essentially “ignored” their concerns.

“As an organization that was founded to uphold the teachings of the Catholic Church, we do not believe that contraception, voluntary sterilization, and abortion-inducing drugs constitute health care,” Warsaw said. “We simply cannot facilitate these immoral practices.

“We sincerely hoped that our concerns would be addressed. Instead, the government ignored our comments entirely and pressed forward with a rule that changed nothing.  We are in the same position today as we were when the mandate was first published.”

He noted that under the finalized regulations, the network is still finding itself “in a situation where we are forced to offer contraception, sterilization, and abortion-inducing drugs as part of our employee health plan or to offer our employees and their families no insurance at all.”

“Neither of these options are acceptable. The mission of EWTN is not negotiable.”

The federal government is currently facing 75 lawsuits challenging the HHS mandate on grounds of the freedom of religion and the protection of conscience rights.