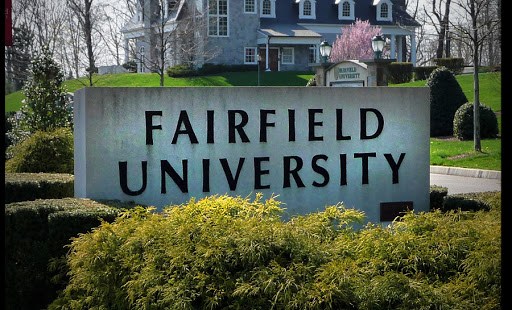 Jesuit-run Fairfield University recently hosted a panel discussion for students entitled “The Pelvis and the Pulpit” which undermined many of the Church’s teachings on sexuality.

At a recent panel discussion for students entitled “The Pelvis and the Pulpit”—which included faculty from the Jesuit-run Fairfield University faculty—claimed to answer the question, “Is the Church wrong about sex?” Unfortunately, their answer seemed to be yes, according to reports from The Fairfield Mirror.

About 75 students and community members attended the panel discussion that touched on gay marriage and the Church’s teaching on premarital sex.

Dr. David Gudelunas, chair of the communications department at Fairfield, spoke about his views of the Church’s teaching on sex. “We talk about sex in the context of the Church, not in order to reflect on our own sexuality,” he said. “But rather to police and regulate the behavior of others.”

He referred to his perception of the Church’s sexual language as “bad communication” because it “create[s] labels of moral and immoral.”

However, Gudelunas appears to not have always opposed labels. In June 2013, he attempted to label Cardinal Timothy Dolan, president of the United States Conference of Catholic Bishops and archbishop of New York, as being filled with hate. Responding to Dolan’s condemnation of recent U.S. Supreme Court rulings that bolstered same-sex marriage, he tweeted, “I get that @CardinalDolan disagrees about the SCOTUS gay marriage rulings, but must he issue such a hate-filled statement? #loveislove”

Associate professor of religious studies Dr. Nancy Dallavalle, openly questioned the Church’s teaching on marriage, saying, “I think that if the Catholic Church is functionally treating marriage as a blessed union of a couple, then they are hard-pressed to explain why they deny it to same-sex couples.”

One student reportedly asked the panel if those waiting to have sex were better off.

Panelist Dr. Mary Beth Harman, a sex therapist and gynecologist, answered, “There is a lot of layers to that—there’s just not one way to do it.”

She said that it was most important that women respect themselves “and their choices.”

The lone voice seemingly defending the Church’s teaching was student Samantha Buck, who told the Mirror, “I think they are kind of missing the fact that the church teaches that sexual relationships should be based out of love and that’s why there’s those boundaries.”