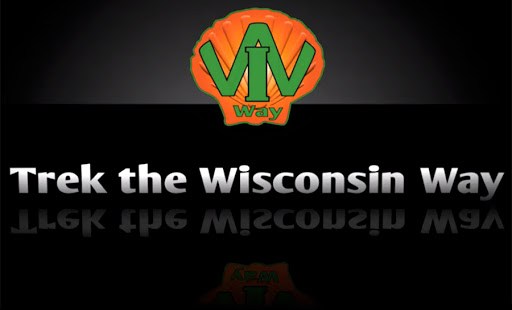 Fr. Andrew Kurz just finished praying and walking 120 miles in the Wisconsin countryside as part of a new pilgrimage he dubbed “The Wisconsin Way.”

“Pray with Mary, walk with Jesus,” is the motto of Fr. Andrew Kurz, who just finished praying and walking 120 miles in the Wisconsin countryside as part of a new pilgrimage he dubbed “The Wisconsin Way.”

Fr. Kurz began the 12-day trek along the Ice Age trail Oct. 13, starting at the Shrine of Our Lady of Good Help in New Franken, Wis., and ending at the Basilica of the National Shrine of Mary, Help of Christians at Holy Hill in Hubertus, Wis.

The pilgrimage has been in the works since March, when Fr. Kurz was inspired by the movie “The Way”, a 2011 film about the 500-mile Camino de Santiago in Spain.

“The Wisconsin Way is an attempt to create a positive cultural phenomenon…for the Catholic Church in Wisconsin and the United States. (The popularity of) the Camino de Santiago in Europe – I’d like to see that in Wisconsin,” Fr. Kurz said.

After watching “The Way”, Fr. Kurz, who was then serving in Appleton, Wis., proposed the trek to young people at the faith formation group “Spiritus”.

“Initially I wasn’t going to do it; I was talking to some guys in their 20s, and I offered to be their shuttle and support,” he said.

Still unsure, Fr. Kurz penciled in a tentative start date on his calendar with a question mark. Soon after, he was moved to the parish right next to one of the shrines and had several nights of vivid dreams about walking the Wisconsin Way. He changed the question mark to an exclamation point and started mapping the route.

“It’s been changing a bit along the way – I walked a few extra miles to stay at a bed and breakfast on a night I was planning to camp because it was too cold,” said Fr. Kurz.

Fr. Kurz said while there are many places to stay along the Ice Age trail, some of his stops would only be available to priests (such as rectories), which is something he will continue to tweak to make the pilgrimage accessible to all.

“People could try doing it already, they could have someone shuttle them to motels if necessary,” Fr. Kurz said. “But (more accommodations) is something I’m hoping the hand of God will provide.”

Father travelled roughly 10 miles a day, largely through an area of Wisconsin called the Kettle Morain.

“It’s a great opportunity to get in touch with nature as you’re on pilgrimage.”

“I just hope (future pilgrims) don’t bring their iPods, so they can appreciate the silent and gentle beauty of the Wisconsin countryside.”

Fr. Kurz said he hopes the Wisconsin Way will draw young pilgrims in particular, who are discerning their vocation.

“Pilgrimage is a great way to find out who you are in relationship to Jesus Christ, through the help of the Blessed Virgin Mary.”

Interested pilgrims can visit the website for more information about stops along the way and to read Fr. Kurz’s blog as he made the trek.

“I just hope and pray this is something that brings a great sense of revival to the Church and the culture here in Wisconsin.”