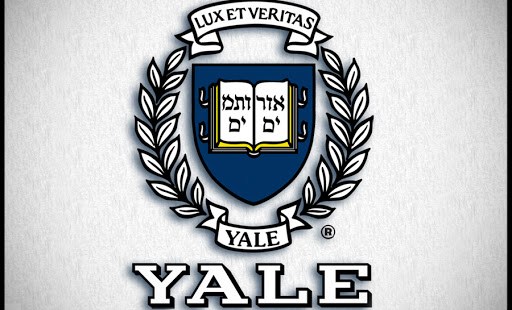 Pro-life advocates at Yale’s first annual pro-life conference emphasized directly addressing the issues and understandings of those who do not see the dignity of all human life.

At Yale's first annual pro-life conference, advocates emphasized moving beyond current pro-life efforts to more directly address the issues and understandings of persons who do not see the dignity of all human life.

“Abortion might be the most boring moral issue we grapple with today,” said Michael Hannon, managing editor of The Thomistic Institute in New York City, a panelist at the Oct. 18 conference.

Hannon spoke at an Oct. 18 panel called “Beyond the Pro-Life Pep Rally: Where we Go From Here?” alongside Tristyn Bloom and David Nolan, both junior fellows at First Things, and Nora Calhoun, a registered nurse and doula.

The conference, called "Vita et Veritas," or "Life and Truth," was held at Yale's St. Thomas More chapel and Catholic campus chaplaincy, and was sponsored by Choose Life at Yale, or CLAY. Co-sponsoring the conference were the Intercollegiate Studies Institute, Students for Life of America, Christian Union, and Life Matters Journal.

Hannon explained that in general, pro-life conferences “do a great good for us.” He warned, however, against a “pep rally” mentality among pro-lifers, and against a focus on abortion as a complicated moral question because, in reality, “abortion is the most black-and-white- issue there is.”

He said that he doesn’t see “how we can turn a blind eye” to a parent killing an unborn child,  when there is a proper understanding of the reality of life more broadly.

The more interesting question, Hannon continued, is not whether or not the unborn are persons, or if abortion is moral, but “why does everyone not agree” on the meaning and value of life, and “what do we do about it?”

“Ethics is talked about as the ‘right response to reality,’” he explained, “and until we some coherent picture of what that reality is, talking about the right response just doesn’t make any sense.”

Bloom encouraged attendees to encounter modern society’s understanding of man and to take the risk of trying to understand many people’s acceptance of abortion.

“We are pathologically afraid of risk,” as a society, and our society understands a new life as a big risk entailing a complete change of lifestyle with life-changing responsibilities. This challenges the vision of control and risk minimization that much of our society likes to have, she said.

She pondered if treating “planned pregnancies as normal” is a way of dealing with the seeming incomprehensibility of our own existence, and the supposed meaninglessness of life.

Modern parents compensate for this meaningless through planning,” Bloom said.

“We are the little gods of our own children.”

“When we have something unchosen, unplanned, uninvited, it’s a direct attack on the very core of our own being,” she said, explaining society’s rationalization of abortion.

“I think we must live in one of the most bodily confused eras of human history,” Calhoun segued off of this theme.

“They define us because we’ve been taught that the purpose of maintaining these bodily machines is maintaining our autonomy.”

The vision of absolute personal autonomy fuels the abortion industry as it fuels other parts of our consumerist society, Calhoun added.

In contrast, the idea of a person, such as a child, depending upon another for their existence “is deeply deeply threatening to the currently dominant ideology that autonomy is personhood.”

“The pro-life movement needs to be witnessing to a radically different attitude towards bodies, but we aren’t doing a very good job of it right now.”

“Instead of promoting the radically different idea that no characteristic can confer personhood, we’re constantly undermining ourselves by over-emphasizing fetal and embryonic characteristics.”

“At the same time, we’re downplaying the tremendous unity between an unborn baby and her mother.”

While she admitted that “there’s certainly a place for education” on medical facts about the unborn, Calhoun argued that the emphasis of the pro-life movement should not be on topics such as fetal development, pain, or heartbeats.

“The problem is that we’re emphasizing the abilities and merits and strengths of the unborn, whereas I feel strongly that the real message of hope and justice that the pro-life movement carries is that there are no abilities or strengths that confer status, not even being viable or sentient or undamaged or wanted.”

“That’s the real message we should be promoting: that you cannot win or forfeit humanity.”

To fight the message of autonomy promoted by abortion, “we need to reacquaint ourselves with our bodies,” she said.

“We need a shared language that goes deeper than words usually can: I think bodies can be that language.”

Calhoun stated that not everyone is called to being a midwife or hospice worker, “but corporal works of mercy are open, and in fact, demanded of all, and they seem to me to be the best place to start. Let’s see how far they get us.”

Nolan encouraged pro-life advocates to not only consider the cultural mindsets underlying abortion, but also to extend “mercy to everything we encounter” and to extend the pro-life understanding and concern for life in the womb to other ethical areas in the process.

He encouraged the work that some pro-life activists have made for “treating animals mercifully,” questioning trends in industrial farming in which animals are raised in suffering and without concern for their well being.

“Our eating choices fall squarely into ethical ground, and we would do well to consider our choices.”

“Being really pro-life has worldview connotations; it demands that we go beyond a single-focus issue,” Nolan charged.

“We must be careful not to entrench ourselves in areas with a sporadically and single-issue focus that doesn’t recognize the underlying links.”

This doesn’t mean that people should abandon pro-life advocacy Nolan explained, but that pro-life advocates should open broader justice and mercy as part of a complete pro-life worldview.

“The most obvious place where justice and mercy meet is in the protection of the child in the womb.”