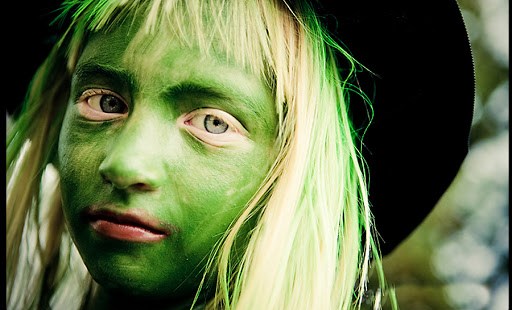 They don’t have green skin and pointed hats, but witches really do engage in occult practices – and that’s a serious matter.

In 1982, I lived in England in a town called Bexhill-on-Sea. I was newly ordained as an Anglican priest, and was working in my first parish.  Living just around the corner from the ancient parish church was a coven of witches whose leader claimed to be the successor of Aleister Crowley.

Aleister Crowley was an English occultist. He reveled in his description as “the wickedest man in the world.” He was a shameless self-publicist, a fraud and a charlatan, but he was also an educated, intelligent, and willful diabolist. He was indeed very wicked and was definitely involved in just about every kind of vile perversion, drug addiction and occult religious practice imaginable. He died in Hastings, on the South coast of England in 1947 – the next town along the coast from Bexhill.

The “witches” who claimed to be the successors of Crowley were well known in the town. They lived in a kind of hippie commune, and their leader – a lecherous man in his fifties – frequented all the bars and pubs. Rumors abounded about their drug use, sexual immorality, corruption of young people, and dark, occult practices.

As a young priest, I came across several young people who had been involved with the coven of witches. One afternoon, I witnessed an old priest deal successfully with what seemed to be demonic infestation of a fifteen-year-old girl who had been spending time with the witches. The stories the young people told were of seriously sick and genuinely horrifying attitudes and actions. More than once, we had to deal with spiritual influences that were dark, destructive, and demonic.

Are witches real? Of course they are. Are they skinny old women with green skin, a pointy chin, a wart on their nose, cackling over a cauldron? Of course not. Do they attend an academy called “Hogwarts,” play a form of hockey on their broomsticks, and battle mythical beasts? Of course not. All of that is an attempt to make us believe that there are not really such things as witches.

Witchcraft is alive and well in our modern, secular age.  It has taken the name “Wicca” and claims an increasing number of adherents. Followers of Wicca profess to be modern pagans. They claim to draw on the powers of nature to heal people, foretell the future and put people in touch with their departed loved ones. The modern Wicca religion is descended from another Englishman, Gerald Gardener, who, in the 1950s synthesized various strands of ancient paganism into a new mish-mash kind of paganism.

Is it possible for modern people to summon up the ancient gods and goddesses and offer themselves to be infested by such spirits? Of course it is. C. S. Lewis commented on the foolishness of summoning up evil spirits, saying that if they were called we should not be surprised if they arrive on our doorstep.

If a person is involved in fortune telling of any kind – tarot cards, Ouija boards, séances, crystal healing, channeling, and astrology – they are involved in the occult. If they are involved in certain types of depth psychology – re-birthing, spiritualism, envisioning other lives, Native American spirituality, ecology spirituality, and feminist theology – they are probably meddling with the occult as well. The vague attractiveness of the New Age movement, as well as its spiritual danger, is explained well in the Pontifical Council for Interreligious Dialogue’s document called,