A Good Muslim is Not a Good Christian 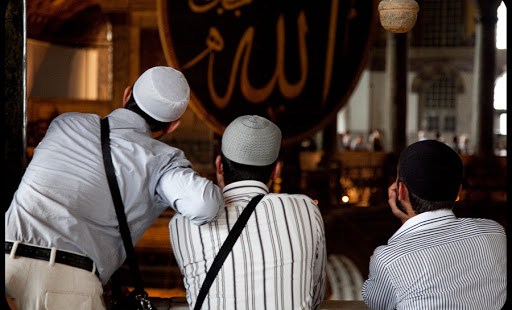 While Christians have long recognized human rights and basic equality based on the natural law, Islam does not.

Out of the mouths of babes come words of wisdom – or, at least, words to ponder.  Whether, at age 55, Madonna can still be considered a babe is debatable, but she still has provocative things to say.  For example, in a recent Harper’s Bazaar article, Madonna writes:

"As my friend Yaman always tells me, a good Muslim is a good Jew, and a good Jew is a good Christian, and so forth.  I couldn’t agree more.  To some people this is a very daring thought."

Well, maybe not so daring, seeing as it’s essentially the same view held by a number of high-ranking Catholic dialoguers.  Take some remarks made by Fr. Tom Michel, S.J. in his keynote address last October to the USCCB-sponsored plenary session of a Muslim-Catholic dialogue called “Living Our Faiths Together.”  Fr. Michel, who served in the Pontifical Council for Interreligious Dialogue from 1981 to 1994, said he would have preferred that the gathering be titled “Living Our Faith Together,” since Muslims and Christians can be seen as different branches of one “common faith.”  Despite the commonality, however, each faith has its own “special message” to proclaim to the world.  Thus:

Part of the message that Muhammad brought was that Jesus didn’t die on the cross and that, in fact, the crucifixion story was “a monstrous falsehood” (Koran 4:157).  But never mind that – why get bogged down in petty details when we have so much in common?

Fr. Michel’s belief that, by following out their own faith traditions, Muslims and Christians “will find themselves in the same camp” corresponds with Madonna’s conviction that “a good Muslim is a good Jew, and a good Jew is a good Christian, and so forth.”  The assumption both make is that Islam, Judaism, and Christianity teach similar ethical values.  If so, then good Christians, good Jews, and good Muslims will resemble each other in their behavior.  That’s a good assumption to make in the case of Christians and Jews, but Islamic ethics are a different story.  In some respects they coincide with Judeo-Christian ethics, but in other respects they decidedly do not.  In Islam, right and wrong are largely determined by sharia law, and sharia law is largely determined by what Muhammad allowed and prohibited.  Natural law, which is one of the pillars of Western ethics, is not an important element in Islamic morality.

One example of a natural law-based document on which most Jews and Christians can agree is the UN’s 1948 Universal Declaration of Human Rights.  In 1990, however, the 56-state Organization of the Islamic Cooperation (OIC) – the second largest international body after the United Nations – rejected the Universal Declaration and created its own Cairo Declaration on Human Rights in Islam.  The gist of the Cairo Declaration is that all human rights are subject to the tenets of sharia, which is to say that most of the rights specified in the UN Declaration are null and void.

There are no universal human rights in Islam.  Islamic ethics are dualistic; there is one set of rights for Muslims and another for non-Muslims, one set for Muslim men and another for Muslim women.  Sharia law rejects the taken-for-granted Western belief that all human lives are of equal value. Reliance of the Traveller, a 1200-page manual of sharia law that is regularly consulted by Muslims, is instructive on this point.  For example, killing a non-Muslim is not a capital crime (o 1. 2), although an indemnity may have to be paid:  “The indemnity paid for a Jew or Christian is one-third of the indemnity paid for a Muslim” (o 4. 9). Muslim women rank a little higher on the scale of things.  Thus, “The indemnity for the death or injury of a woman is one-half the indemnity of a man” (o. 4. 9). Apostates, however, count for nothing:  “There is no indemnity for killing an apostate (or any expiation, since it is killing someone who deserves to die)” (o 8. 4). As for children, the value of their lives seems to be up to their parents and grandparents to determine, since there is no “retaliation” (punishment) for “a father or mother (or their fathers or mothers) for killing their offspring, or offspring’s offspring” (o. 1. 2).  The last rule helps to explain why “honor killings” are so prevalent in the Muslim world.