Jews, Catholics, and the Problem of Assimilation 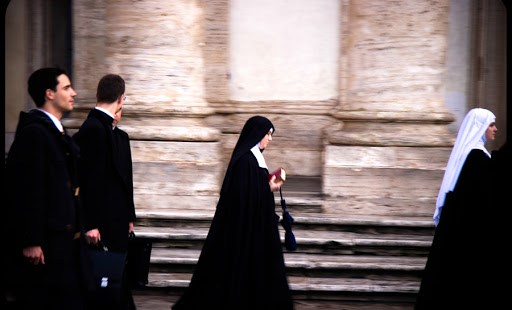 Why do Jews and Catholics seem to be losing their identities here in the US? Both groups need to wake-up to what their embrace of the melting pot means for their future.

In the years since the Second Vatican Council, American Catholics and Jews have pursued a positive dialogue aimed, among other things, at exploring areas of common ground. Far from positive, but a crucial area of shared experience all the same, is the damage done to the respective religious identities of Jews and Catholics by assimilation into a secular culture becoming ever more hostile to faith. (If you think it isn’t, by the way, consider that some 20% of Americans now say they have no religious affiliation – up 5% in just a few years.)

On the Jewish side, the latest evidence of this process is the study of American Jews – the most comprehensive in a dozen years – released last month by the Pew Research Center. Not only has the percentage of adults who say they’re Jews fallen by half since the 1950s to under 2% now, but among those who still self-identify as Jewish, more than one in five report having no religion. This is possible, the Pew people explain, because Jews can be Jews simply “on the basis of ancestry, ethnicity, or culture,” without reference to religion. Now, it seems, a substantial number do just that.

This phenomenon has no close parallel among American Catholics – or does it? Of the 75 million Catholics in the United States,  a little math shows that as many as 20 million aren’t “practicing” members of the Church as measured by at least occasional attendance at Mass. (Another 20 million-plus Americans raised as Catholics no longer claim any affiliation with the Church, but we aren’t talking about them.)

So what moves the 20 million non-practicing to self-identify as Catholic when asked about their religion? With them as with non-religious Jews, ancestry, ethnicity, and culture – plus force of habit and a touch of nostalgia – seem as good explanations as any. And, explanations aside, the problem for the non-practiced religion is pretty much the same in both cases.

How did Jews get like this? Intermarriage has a lot to do with assimilation and loss of religious identity. The Pew researchers found that 79% of the married “no religion” Jews had non-Jewish spouses compared with only 36% of religious Jews. Similarly, on the Catholic side, it’s long been recognized that Catholics who marry other Catholics are less likely to divorce than Catholics in religiously mixed marriages.

Assimilation is central to what’s happening to both religious groups. The New York Times begins its account of the Pew study by speaking of the “rapid assimilation” sweeping through all sectors of American Judaism, with the notable exception of the Orthodox. Near the end comes this quote from Jane Eisner, editor of The Jewish Daily Forward, who is said to have urged Pew to undertake the new research: “This should serve as a wake-up call for all of us as Jews to think about what kind of community we’re going to be able to sustain if we have so much assimilation.”

For Catholics, concern about the impact of cultural assimilation on religious identity is hardly a brand new thought. Analysis of the assimilation process and its unintended consequences supplies the conceptual background of my recent book, American Church, as it does for much else of the serious writing about American Catholicism over the years.

The time, in short, is long past for hailing the charms of the melting pot and urging no-strings-attached assimilation into American secular culture. Catholics, Jews, and others who value their religious traditions have all the wake-up calls they need. Now they had better wake up.