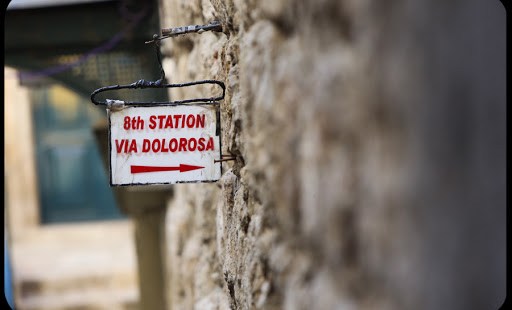 A new book takes you through the Rome station church pilgrimage that pilgrims have been doing for centuries.

In the middle centuries of the first millennium, the Bishop of Rome celebrated the Eucharist with his people during Lent in a striking way. Each day, the pope would lead a procession of Roman clergy and laity from one church (the collecta, or gathering point) to another, the statio or “station” of that day. There, over the relics of one of the Roman Church’s martyrs, Mass was celebrated and a communal meal that broke the daylong Lenten fast followed. Over time, this annual tradition was formalized into the Roman station church pilgrimage, and as the tradition evolved, the pilgrimage sites shaped the Lenten liturgical texts. The pilgrimage was also universalized in a very concrete way: every Missal in the world once carried a stational indicator during Lent, such as “AshWednesday: Station at St. Sabina.”

In one of the most intriguing developments in post-conciliar Catholicism, the ancient Roman station church pilgrimage has been revived in our time by Americans, and specifically by the North American College in Rome. Beginning in the mid-1970s, American seminarians, NAC faculty, and student-priests began to walk Rome’s stational pilgrimage trail again: informally at first; later, as a College-organized activity that began to attract fellow-pilgrims from Rome’s English-speaking communities. Today, the daily Lenten stational Mass draws hundreds of pilgrims at 7 a.m. to one of the city’s most venerable (and often unknown) churches, as NAC faculty and seminarians are joined by undergraduates from American universities with Rome campuses, diplomats, graduate students from all over the world, religious sisters, and officials of the Roman Curia.

The Vicariate (or Diocese) of Rome also sponsors a daily station-church Mass in the early evening, but attendance is generally poor. When I once asked my friend Hannah Suchocka, then Poland’s ambassador to the Vatican, why she attended the crack-of-dawn English-language stational Mass rather than the more convenient evening stational Mass, she gave me a short and pointed answer: “I found a living Church here [i.e., at the English-language Mass].” So an ancient Roman tradition has been resurrected, in Rome, by American Catholics who bring the vitality of the Church in the New World to the banks of the Tiber.

I first experienced the station church pilgrimage during the 1990s, when I was in Rome working on the biography of John Paul II and living at NAC. Three years ago, I decided that this remarkable experience should be made available to a much wider audience: to those who might not be able to “do the station churches” in Rome, but could do so at home. So I enlisted as partners in this effort to “bring Rome to home” a good friend, Elizabeth Lev, the best engaging and thoughtful Anglophone art-and-architecture guide in Rome, and my son Stephen, a professional photographer. Liz, Stephen and I made the entire station church pilgrimage during Lent 2011, and after two years of editing and polishing both text and pictures, Roman Pilgrimage: The Station Churches has just been published by Basic Books.

Roman Pilgrimage is meant to be absorbed in small doses, as the book includes, for each day of Lent and the entire Octave of Easter, my commentary on the daily liturgical texts (from both holy Mass and the Liturgy of the Hours), Liz’s insightful descriptions of the history, architecture, and art of the station church of the day, and Stephen’s exquisite pictures (even more compelling in the eBook edition of Roman Pilgrimage, in which all the photos are in color and can be “zoomed” to larger sizes that display a remarkable fineness of detail). The book also includes two introductory essays: in the first, I reflect on the human habit of pilgrimage and the specific history and spiritual texture of the Roman station church pilgrimage; in the second, I explore Lent as a baptismal season in which all Christians are invited into a kind of “annual catechumenate,” re-experiencing the central mysteries of the faith.

Thus Roman Pilgrimage: The Station Churches is an invitation to take from “Rome at home” renewed spiritual energy for the evangelical task that is every Christian’s vocation.