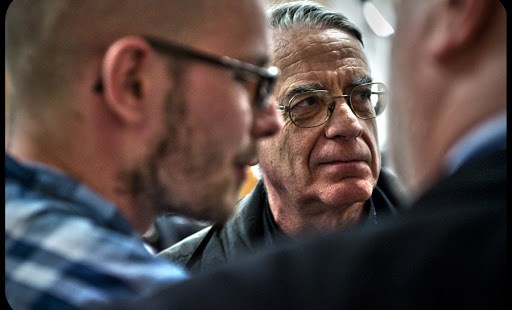 The director of the Holy See press office rejects the claim that Pope Francis is presenting questionnaires to Catholics on homosexual unions and divorced persons.

The director of the Holy See press office has clarified that Pope Francis has not presented a questionnaire to Catholics worldwide to consult on homosexual unions and divorced persons, as some news outlets have reported.

This assertion, made by Italian daily il Fatto Quotidiano among others, is “not true” and in fact the basis is “only a document sent to bishops’ conferences throughout the world by the secretary general of the synod of bishops, Archbishop Lorenzo Baldisseri, in preparation for the synod of bishops,” Fr. Federico Lombardi told CNA Nov. 2.

He added that the synod, which will be held Oct. 5-19, 2014, will be dedicated to “the pastoral challenges of the family in the context of evangelization.” The synod will focus on pastoral responses to the problems of divorce and gay marriage, as well as other challenges to the health of families.

But on Nov. 1, the National Catholic Reporter characterized the document sent to bishops’ conferences as “a Vatican survey asking (Catholics’) opinions on church teachings.”

The same day, il Fatto Quotidiano, a leftist and populist publication based in Rome, wrote that “the decision of Francis to listen, on such delicate themes, to the voice of the faithful, is absolutely unprecedented.”

In fact, the process of requesting input from around the world for a synod of bishops is well precedented; the previous Synod on the New Evangelization, held in 2012, also asked bishops’ conferences to encourage discussion of topics related to evangelization and summarize their findings.

Moreover, in his Oct. 18 letter asking that dioceses share the Preparatory Document for the 2014 synod “as widely as possible to deaneries and parishes,” Archbishop Baldisseri also noted that “since the time available is short, I would appreciate if you would follow the most brief and practical institutional process.”

Fr. Lombardi responded, stressing that the questions “are not regarding the doctrinal position of the Church,” explaining that the document has solely an advisory character, forming part of the habitual “praxis” of the synod of bishops.

The questions were given to the bishops of all the world’s dioceses on how to address pastoral questions and how to give assistance to persons in irregular family situations, among other things.

Fr. Lombardi added that on Tuesday, Nov. 5, there will be a press conference on the preparation for the synod’s 2014 meeting, including Archbishop Baldisseri; Archbishop Péter Erdo of Esztergom-Budapest, general relator of the synod; and Archbishop Bruno Forte of Chieti-Vasto, special secretary of the synod.