US bishops: Employment Bill Is Wrong Solution to Discrimination 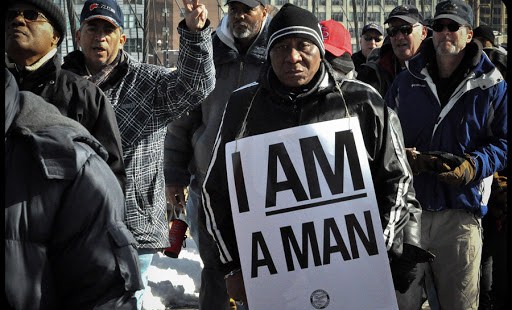 A bill to prohibit workplace discrimination against homosexual and transgender persons poses threats to religious freedom and undermines the biological basis of gender, say its critics.

A bill to prohibit workplace discrimination against homosexual and transgender persons poses serious threats to religious freedom and undermines the biological basis of gender, say its critics as it heads to a crucial Senate vote.

“All Americans should oppose unjust discrimination, but ENDA does not advance that goal. In fact, it moves us in the wrong direction,” said scholar and author Ryan T. Anderson.

He told CNA on Nov. 5 that the proposed law “creates new, subjective protected classes that would expose employers to unimaginable liability.”

“No doubt these are difficult and delicate issues, and that is why they are best left to those closest to the decision – not a one-size-fits-all rule from Washington.”

The Employment Non-Discrimination Act would prohibit discrimination on the basis of sexual orientation and the employee’s stated gender identity by all larger non-religious, civilian employers.

Religious organizations, non-profit membership-only clubs, and employers with fewer than 15 employees would be exempt from the legislation.

The bill has been introduced in every congressional session since 1994, except for the 109th session from 2005-2007, but has never been passed. President Barack Obama has voiced his support for both the 2011 and 2013 versions of the bill.

On Nov. 5, the Senate voted for cloture on the bill, ending any potential for a filibuster, and ensuring that the legislation will come to a vote in the chamber in the coming days.

Supporters of the bill note that individuals who identify as gay, lesbian, bisexual, or transgender have faced discrimination in the workplace and are hired at a lower rate than persons who do not openly state their sexual identity.

Opponents, however, argue that the legislation goes further than addressing discrimination, and creates new concerns for religious freedom and the understanding of sexuality within society.

In an Oct. 31 letter to Congress, three leading U.S. bishop explained that while they welcome efforts “to end all forms of unjust discrimination, including against those who experience same sex attraction,” they ultimately cannot support the Employment Non-Discrimination Act because it “does not justly advance the dignity of all workers and authentic non-discrimination.”

The letter was signed by Bishop Stephen Blaire of Stockton, who chairs the U.S. bishops’ Committee on Domestic Justice and Human Development; Archbishop Salvatore Cordileone of San Francisco, who leads the Subcommittee for the Promotion and Defense of Marriage; and Archbishop William Lori of Baltimore, who heads the Religious Liberty Committee.

The bishops explained that as it is currently written, the proposed law lacks an exception for a “bona fide occupational qualification” for “those cases where it is neither unjust nor inappropriate to consider an applicant’s sexual inclinations.”

This wording enshrines sexual attraction as a specially privileged class by elevating ‘sexual orientation’ discrimination “above religion, sex, and national origin discrimination,” to be at “the same and, until now unique, level as race discrimination,” which allows no bona fide occupational qualifications

In addition, the bill does not differentiate between same-sex attraction and same-sex conduct, protecting same-sex extramarital actions under the legislation’s language.

The bill’s emphasis on “gender identity” uses “force of law to a tendency to view 'gender' as nothing more than a social construct or psychosocial reality,” divorced from physical sex, the bishops added, failing to properly protect privacy in areas of the workplace where it would be reasonable to have only members of the same sex, such as restrooms.

The proposed law may also be used to support the redefinition of marriage as a union between two persons of the same sex, they continued, “as a matter of federal constitutional right.”

Finally, the bishops noted, the bill poses a threat to religious freedom and “could be used to punish as discrimination what many religions – including the Catholic religion – teach, particularly moral teaching about same-sex sexual conduct.”

Anderson – who is currently serving as William E. Simon Fellow in Religion and a Free Society at The Heritage Foundation – argued that the legislation “would limit the ability of private employers to run their own businesses.”

The use of both ‘sexual orientation’ and ‘gender identity’ to “describe behaviors as well as identities,” he noted, limits an employer’s ability to reasonably “consider the impact of behaviors at the workplace,” such as the impact of a male dressing and acting as a female, or vice versa, in a school setting.

Some senators, such as Sen. Pat Toomey (R-Pa.) have tried to create middle ground between the two predominant opinions on the legislation. On Nov. 4, Toomey voted to bring the bill to a vote, while proposing an amendment to broaden the bill’s religious freedom protections.

“However, I also believe it should be improved, especially as it pertains to religious organizations. We must strive to reach the appropriate balance between protecting workers and protecting religious freedom.”

If the bill passes the Senate, it is expected to face stronger opposition in the Republican-led House.