Vatican to U.S. Faithful: Stay Away from Pro-Medjugorje Events 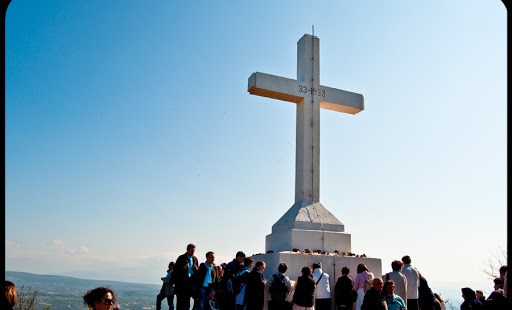 A letter from the Vatican effectively canceling the U.S. tour of a Medjugorje visionary doesn’t seem to bode well for Medjugorje believers.

In what one commentator has called a “Medjugorje bombshell”, a letter sent by the papal nuncio to U.S. bishops on behalf of the prefect of Congregation for the Doctrine of Faith (CDF) Archbishop Müller states that “clerics and faithful are not permitted to participate in meetings, conferences or public celebrations during which the credibility of [Medjugorje] ‘apparitions’ would be taken for granted.”

Dated “21 October 2013”, the letter references a short tour of U.S. parishes by “one of the so-called visionaries of Medjugorje, Ivan Dragičević” scheduled for the end of October. The events were subsequently canceled. The letter confirms that the CDF is still “in the process of investigating certain doctrinal and disciplinary aspects of the phenomenon of Medjugorje”, but says in the mean time, “all should accept the declaration, dated 10 April 1991, from the Bishops of the former Republic of Yugoslavia, which asserts: ‘On the basis of the research that has been done, it is not possible to state that there were apparitions or supernatural revelations.’”

What does this mean for Medjugorje devotion?

“Leans in the Direction of Skepticism”

“It does not necessarily foreshadow the ultimate Vatican judgment, but it is not a good sign for Medjugorje devotees,” says James Hitchcock, professor emeritus of history at St. Louis University.

“Since the letter was from the papal nuncio to the U.S., it does not seem to apply to anything outside the US, e.g., Medjugorje itself. Apparently the Vatican is concerned about the scheduled visit of the ‘seer’ to the US, including appearances in parishes. Presumably appearances in ‘neutral’ places might not be under the same ban.”

Richard H. Bulzacchelli, Assistant Professor of Theology in the School of Arts & Sciences at Aquinas College, agrees that though the letter is not definitive against Medjugorje, the letter doesn’t bode well for Medjugorje believers. “The wording of the letter is cautious, but does lean in the direction of skepticism rather than deference.”

“Even here, the Church does not outright condemn the phenomenon, but emphasizes that at present, the Church has no way to affirm it as authentic, and that any activity associated with the Medjugorje phenomenon should start from that premise, which has been the official policy of the Church for over twenty-two years now.”

On whether the letter is a sign of a negative judgement of Medjugorje by the Church, vice president of the Mariological Society of America Robert Fastiggi is tentatively negative as well. “Perhaps it does, but it's difficult to say.” He also points out the limited nature of the letter’s restrictions. “I don't believe this means that people can't visit Medjugorje. It simply means they cannot visit there and engage in public celebrations that take for granted the authenticity of the apparitions.”

“This Is Not New”

Kelly Bowring, author of The Secrets, Chastisement, and Triumph of the Two Hearts of Jesus and Mary and Dear Children: The Messages of Medjugorje, interprets the letter’s meaning regarding the future of Medjugorje for the Church more neutrally. “Technically, the letter states nothing new about the authenticity or status of the reported apparitions of Medjugorje, which are still under a Vatican investigation, and therefore allows for the faithful to continue to read, meditate on, and spread the reported messages and visit Medjugorje on private pilgrimage. In other words, as the letter emphasizes, priests and laity are never to assume the credibility of unapproved apparitions would be taken for granted. This is not new.”

“What is new is the letter's emphasis on the need for pastoral discretion, implying that it is important not to give even the impression of ‘credibility that is taken for granted’ or already fully assumed…”

Ronald J. Rychlak, professor of Law at the University of Mississippi’s School of Law, also reads the letter as saying nothing particularly new. “The Church is always prudent when it comes to matters of private revelation, as it should be. People have a tendency to latch onto things and, sometimes, provide their own spin. The Church is neither condemning the visions nor tipping its hand about future decisions; it is restating its traditional teaching on such matters.”

Msgr. Charles M. Mangan of the Diocese of Sioux Falls takes the letter as a smart pastoral move by the Vatican. "The letter of Archbishop Vigano' on behalf of Archbishop Muller is a timely reminder that the events reported from Medjugorje remain under review and that caution regarding any claim for their supernatural character is needed from both the clergy and the faithful.”

“This letter is a natural outgrowth of the concern of the Church's pastors for the People of God. Whatever the final decision concerning the supernatural nature of events reported from Medjugorje, the Church's pastors have the right and obligation to monitor those events and to protect their sons and daughters from error and scandal."

Author and pastor of the Church of St. Michael in Manhattan, Fr. George Rutler views the Medjugorje phenomenon overall very negatively and sees the letter as a step in the right direction. “I have had numerous encounters with proponents of the Medjugorje cult, almost of of which have been dismaying. Popes and others have been misrepresented as wholeheartedly endorsing it. It has become an industry from which many have made a lot of money. This statement of the CDF indicates at least solid reservations about the alleged apparitions.”

“Benefits of grace accrued by pilgrims are testimony to the power of God to reward sincerity of heart through any devotion, bogus or not. I have also known of many disappointments, errors, and scandals attached to Medjugorje, not least of which is disobedience to the local Ordinary. It amazes me that after so many years, this cult endures despite the banality of the locutions, and while one of course defers to the final decision of the Church, one would not be surprised if a negative judgment on authenticity is rejected by fanatics.”

Church historian Fr. C. John McCloskey has similar sentiments. “This letter is decades late but nonetheless very welcome. The Church is slow in these matters because it is eternal. We should all pray that the Vatican gives its final judgement on the matter soon and the followers of these ‘apparitions’ obey and do not cause a schism of sorts in the Church. The Year of Faith is about conversions and reversions to our Holy Faith!”

James Likoudis, President Emeritus of Catholics United for the Faith, points to the continued disobedience of millions of Catholics against the judgement of the local bishops near Medjugorje and thinks that a positive judgement is highly unlikely. “The surprising statement on Medjugorje by the CDF to be communicated to the U.S. bishops appears to signal a negative Vatican judgment on the authenticity of the Marian apparitions in the former Yugoslavia. What is even more surprising is that the negative judgment of the two Bishops of Mostar as well as that of all the bishops of the Conference has not been heeded for many years by millions of Catholics who continue to give credibility to quite questionable apparitions of Our Lady.”

“At any rate, without prejudging the final decision of the special Commission of Cardinals regarding Medjugorje, it is certainly difficult to believe that the Commission would reverse the judgments of Bishops who for years have investigated the matter on the spot and declared in effect, that ‘supernatural apparitions and revelations’ had not taken place. It would be quite astonishing were the judgment of the present Bishop of Mostar, actually be overturned. ‘The numerous absurd messages, insincerities, falsehoods, and disobedience associated with the events and ‘apparitions’ of Medjugorje from the very outset, all disprove any claims of authenticity.’ (Bishop Ratko Peric) In my opinion, the Vatican’s welcome stress on collegiality would hardly favor throwing orthodox bishops under the bus.”

Dr. Kelly Bowring has worked as the Dean of the Graduate School of Theology & Program of Catholic Studies at St. Charles Borromeo Seminary, Dean of Spiritual Mission and a professor of sacred theology at Southern Catholic College, and an institute director and theologian at St. Mary's College of Ave Maria University. He is the author of The Secrets, Chastisement, and Triumph of the Two Hearts of Jesus and Mary and Dear Children: The Messages of Medjugorje.

Richard H. Bulzacchelli is Assistant Professor of Theology in the School of Arts & Sciences at Aquinas College and a Senior Fellow with the St. Paul Center for Biblical Theology.

Robert Fastiggi is a professor of Systematic Theology at Sacred Heart Major Seminary in Detroit, MI and and vice president of the Mariological Society of America.

James Hitchcock is a professor emeritus of history at St. Louis University, author, and lecturer.

James Likoudis is a former college instructor in History and Government and is President Emeritus of Catholics United for the Faith.

Msgr. Charles M. Mangan is Director of the Office of the Marian Apostolate Diocese of Sioux Falls, the Vicar for Consecrated Life, and the Canonical Adviser to the Most Reverend Paul J. Swain, D.D., the Bishop of Sioux Falls.

Fr. C. John McCloskey is a Church historian and Research Fellow at the Faith and Reason Institute in Washington DC. His personal website is www.frmccloskey.com.

Fr George Rutler is pastor of the Church of St. Michael and administrator of the Church of the Holy Innocents, both in Manhattan.. He has made documentary films in the United States and England, contributes to numerous scholarly and popular journals and has published 16 books.

Ronald J. Rychlak is Mississippi Defense Lawyers Association Professor of Law at the University of Mississippi, School of Law.