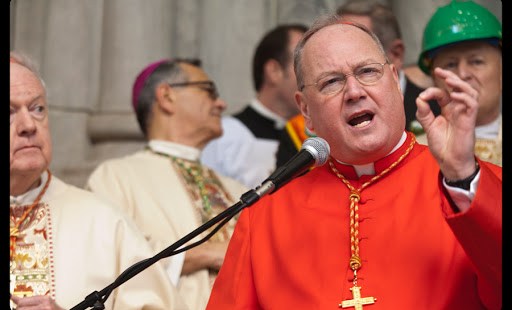 During a press conference Cardinals Wuerl and Dolan reiterate the importance of social justice issues and ask U.S. bishops to extend their solicitude.

Baltimore, Md., Nov 12, 2013 / 01:52 am (CNA/EWTN News).- Pope Francis’ message of concern for the poor is one that is echoed in the U.S., as part of a robust Catholic social teaching that cares for immigrants, the unborn and the religiously persecuted, said two cardinals.

“The message has been so consistently a message of social concern,” explained Cardinal Donald W. Wuerl of Washington, D.C.

He explained that “sometimes the spotlight will focus on one aspect of the teaching,” and the emphasis is currently moving towards “the needs of the poor.” However, this does not mean a change in Catholic teaching, he said, pointing to the Church’s long history of social justice advocacy in the U.S., which was influential in forming institutions and legislation in the country.

This focus may seem new because of the ability to overlook the poor in the United States, he said, observing that because the country is relatively well-off, “I think at times we don’t always see the needs of people right here in our own country.”

Part of the Church’s great task is teaching the Gospel message “in a world that is constantly changing” and hostile at times, the cardinal noted.

“All of that has to be done in the context of God’s love for us,” he continued.

Poverty “has been a constant, constant concern since the founding of the Conference of Bishops,” he said.

Throughout the course of his three-year presidency, the cardinal explained, he has received “griping” complaints from some Catholics who think “we’re too concerned on social justice issues,” such as poverty, immigration, and education.

“I hope we are hung up on that, because we’re supposed to, because that’s what Jesus asked us to be,” he stressed.

The cardinals spoke at a Nov. 11 press conference after the first general session of the U.S. bishops’ conference fall general assembly in Baltimore.

They also discussed the importance of international religious liberty, which was a focus of Cardinal Dolan’s presidential address to the bishops.

“As important and as high of a priority as our defense of religious liberty is, in comparison with what other nations are going through, it pales.”

International bishops have approached the U.S. bishops to “say to us ‘thank you for the attention you’re giving to the protection of religious freedom, but now could you expand your solicitude to us?'” Cardinal Dolan said.

“It’s almost like an affirmation of what we’re doing at home. Now it’s time to take it to the next step.”

The fight for religious liberty in the United States is “hollow unless it’s accompanied by some type of robust solicitude for the religious freedom of those throughout the world,” he underscored. “Not only is it a matter of justice, but it’s a matter of credibility.”

Furthermore, the “attitudinal, philosophical encroachments upon religious liberty” facing the Catholic Church in America today should be taken seriously because of the importance of the United States as a “beacon” of religious freedom across the world, the cardinal stated.

He said that foreign bishops have told him that “if religious liberty crumbles in the United States, we’re going to be worse off.”

The focus of the New Evangelization “has to be the defense of the faith,” he urged.

Originally published on 12 November 2013 at Catholic News Agency. Used with permission. All other rights reserved.