The YOUCAT, Now in Arabic 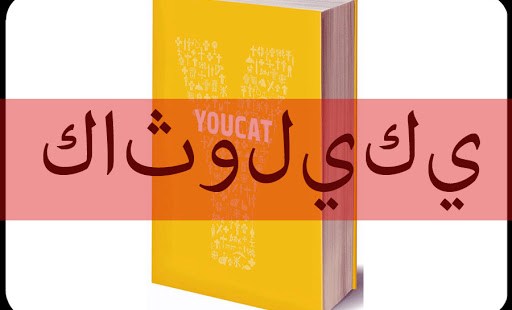 “[Catholic youth] are the springtime, the real ‘Arab Spring,’ which is at the same time the springtime of the Church, a renewal in our faith,” says a turkish priest.

This handy, 300-page book is the first ever catechism in Arabic for young people.

It is addressed "not only to the young people of Lebanon but also to young women and men throughout the Middle East," emphasized Father Toufic Bou Hadir, the youth pastoral leader of the Maronite Patriarchate of Antioch, who was speaking in early October 2013 to representatives of ACN.

Father Hadir went on to explain, “Our young people sometimes lose hope; they want to leave the region in which our Lord was born and lived, this birthplace of the Civilization of Love.”

“Because the mighty ones of this world are striving for something quite different from this, our young people lose hope. And yet they are being strengthened in their faith and remain strong in their faith.”

“Precisely for this reason I want,” Father Hadir continued, “we, all of us in Lebanon, want to thank ACN for the YOUCAT in Arabic. For this book is so unbelievably important for our young people, like an oasis in the desert. That we even have it is already a miracle in itself.”

“In 2011, when ACN helped to supply the YOUCAT in a number of different languages, at the World Youth Day in Madrid, we were sad because the YOUCAT was not available in Arabic, because we were somehow not a part of it.”

“But then we were gifted with a miracle. When we asked for help for the translation and publication of the YOUCAT in Arabic to mark the visit of Pope Benedict, it was ACN who helped make this project a reality.”

“It was truly a miracle that we were able to distribute 50,000 copies in September 2012 at the meeting of the young people with the Pope. The book was also given out to young people from Palestine, Egypt, Jordan, Iraq, Syria and Sudan.”

Father Hadir concluded by saying, “We want to thank you for not having forgotten us. We thank you from our hearts, because the youth catechism is so important. Pope Benedict has urged young people to study the catechism carefully, again and again, whether alone or in groups, in order to better understand the teachings of the Church…”

“The young people promised him to do so, and they have kept their promise. We have received a great many testimonies from young people, including via e-mail and Facebook, telling us of their conversion and how they have found their way back to the Faith and to the Church, because the catechism speaks their own language.”

“Thank you! Thank you for your help!”