Year of Faith to be Marked by Exposition of St. Peter Relics 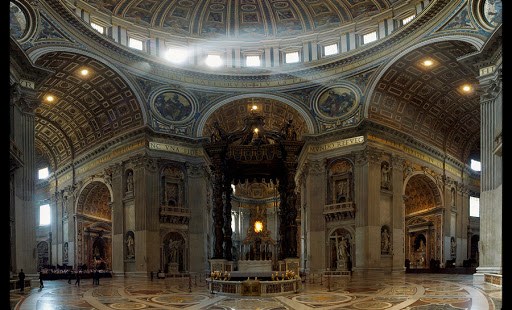 The relics of St. Peter, the first Bishop of Rome, will be exposed at the culmination of the Year of Faith with the aim of re-awakening the faith of the first Christians.

A Vatican official announced that in anticipation of the close of the Year of Faith, the relics of the first Bishop of Rome will be exposed with the aim of re-awakening the faith of the first Christians.

“A final culminating sign will consist in the exposition for the first time of the relics that tradition recognizes as those of the apostle that gave his life for the Lord,” Archbishop Rino Fisichella stated in a Nov. 8 article published in the Vatican’s daily newspaper “L’Osservatore Romano.”

“The faith of Peter,” encouraged the archbishop, “therefore will confirm once again that the door for encounter with Christ is always open and waits to be crossed with the same enthusiasm and conviction of the first believers.”

Benedict XVI instituted the Year of Faith, running from Oct. 11, 2012 until Nov. 24, 2013, during his pontificate with the aim of fostering a fresh momentum in the New Evangelization.

“It will be a moment of grace and commitment to a more complete conversion to God, to strengthen our faith in Him and proclaim Him with joy to the people of our time,” the retired pontiff stated in the fall of 2011 upon the announcement of the event.

The enthusiasm of the first believers, Fisichella remarked, is “a path that the Christians of today know they need to pursue untiringly, as they are strong and reassured by the contemplation of the face of Christ.”

Archbishop Fisichella also revealed that as symbol of faith and in anticipation of the close of the year dedicated to this virtue, Pope Francis has chosen to travel to a cloistered monastery on Nov. 21 for a moment of prayer.

“The union between action and contemplation is one of the cardinal points that the faith expresses and that always needs to be repeated” he stated, adding that “the faith lives principally of adoration.”

Pope Francis will visit the monastery of the Camaldolese monks on the Aventine hill, located in ancient Rome, and is an order which “conjugates” the life of prayer and work “in a peculiar way” through their service to the poor.

Exposing the remains of Saint Peter will be a unique “epilogue” to the Year of Faith, insisted Archbishop Fisichella, because it “has been marked in particular by the profession of faith that millions of pilgrims have made to the tomb of Peter.”