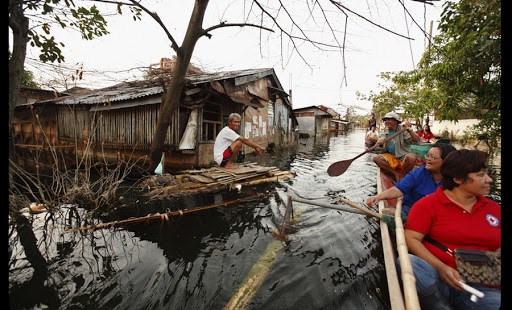 Pope Francis has already sent $150,000 in relief aid to the Philippines. Think we can help him send even more?

Earlier this month, Typhoon Haiyan (also known as Typhoon Yolanda) struck the Philippines, leaving thousands of lost lives and material devastation in its wake. The typhoon was the second deadliest typhoon to strike the Philippines on record. The UN estimates that 11 million people have been affected, with many left homeless.

Countless organizations are rushing money and aid to the Philippines to aid survivors. Pope Francis has already donated $150,000 from the Vatican charity Cor Unum, which is Latin for “one heart”.

But you can help, too! Aleteia is running a campaign asking people to donate whatever they can to Cor Unum. With oversight from Pope Francis, Catholics should be confident the money will be well managed. Although Cor Unum is not accepting online donations at this time, they give information here on how you can send donations via mail or bank transfer.

Donate what you can, then pass on the word!