Wigging Out About Francis 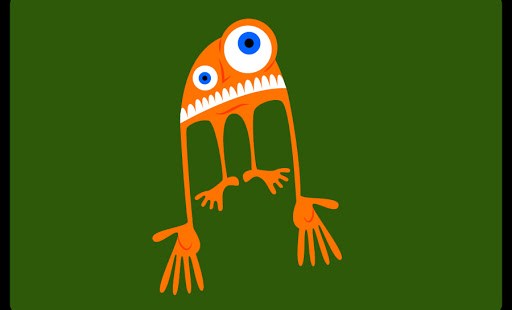 No, Pope Francis hasn’t thrown out the Catechism. Yes, the press has sometimes misrepresents him, but we should be glad Francis is out there engaging the world.

It seems that a fair number of Catholics are wigging out about Pope Francis.

On November 9, the New York Times published an article, “Conservative U.S. Catholics Feel Left Out of the Pope’s Embrace.” In it, the Times introduced us to Bridget Kurt, a hospice community director from Smyrna, Georgia, “a regular attender of Mass, a longtime stalwart in her church’s anti-abortion movement and a believer that all the church’s doctrines are true and beautiful and should be obeyed.” Ms. Kurt, however, is unhappy with Pope Francis. The Times reports that she recently took her Pope Francis prayer card and threw it away. Why?

“It seems he’s focusing on bringing back the left that’s fallen away, but what about the conservatives? … Even when it was discouraging working in pro-life, you always felt like Mother Teresa was on your side and the popes were encouraging you. Now I feel kind of thrown under the bus.”

“Some Catholics in the church’s conservative wing in the United States say Francis has left them feeling abandoned and deeply unsettled. On the Internet and in conversations among themselves, they despair that after 35 years in which the previous popes, John Paul II and Benedict XVI, drew clear boundaries between right and wrong, Francis is muddying Catholic doctrine to appeal to the broadest possible audience.”

“Are [some of Pope Francis’s statements] explicitly heretical? No. Are they dangerously close? Absolutely. What kind of a Christian tells an atheist he has no intention to convert him? That alone should disturb Catholics everywhere.”

I believe Mr. Skojec, Ms. Kurt, and anyone else disgruntled by Pope Francis would do well to read this blog post by Father John Zuhlsdorf. “Context, friends, context,” Father Zuhlsdorf urges his unhappy-with-Francis friends as he tries to talk them down from the ledge. It can’t be said enough: Pope Francis likes to speak off the cuff, from the heart, and so precision sometimes suffers. But what is gained is far more valuable: triage for a soldier lying wounded on the battlefield.

This line from St. Augustine is often quoted: “Love, and do what you will.” Imagine what you could do with that line out of its proper context. But does anyone think Augustine was a free love advocate?

Here at Aleteia, we’ve also been urging the importance of context. Here’s a piece of mine on Francis’s controversial interview with La Civiltà Cattolica.

And here’s a piece by Katie van Schaijik, “We Should Mind Our Own Beeswax and Let the Pope Be Pope.”

This piece by Russell Shaw is also helpful.

Those co-opting the pope’s message would also do well to read these posts. For part of what some Catholics are wigging out about is the way in which Francis’s statements are being used to undermine Church teaching. Such as in this Huffington Post piece celebrating the pope’s supposed stance on gays.

Should we be surprised when people possessing little-to-no formation in the Church’s doctrine take Pope Francis’s pronouncements and run with them? I think not.

And for the record, here is the full context of Francis’s “Who am I to judge?” remark about gays:

“In Buenos Aires, I used to receive letters from homosexual persons who are ‘socially wounded’ because they tell me that they feel like the Church has always condemned them. But the Church does not want to do this. During the return flight from Rio de Janeiro, I said that if a homosexual person is of good will and is in search of God, I am no one to judge. By saying this, I said what the catechism says. Religion has the right to express its opinion in the service of the people, but God in creation has set us free: it is not possible to interfere spiritually in the life of a person.

“A person once asked me, in a provocative manner, if I approved of homosexuality. I replied with another question: ‘Tell me: when God looks at a gay person, does he endorse the existence of this person with love, or reject and condemn this person?’ We must always consider the person.”

So clearly, Francis is not intending to throw out the Catechism. This means that he is not going to condemn those with a homosexual inclination who, with a “good will,” are not acting upon it. Nor is he going to condemn an active homosexual sincerely seeking God. He’s not going to approve of the person’s actions; but he is going to love that person and do his best to help that person use his freedom to live in the fullness of the truth.

But should Francis be blamed for the “confusion” his statements cause, even if they do make more sense in context?

I don’t think so. I would rather have him speaking off the cuff and surprising the world.

I’ll end with the words of Alexandra P. Shattuck, director of a crisis pregnancy center in Hapeville, Georgia, who was also quoted in the Times piece. Regarding Francis’s statements about abortion in the interview with La Civiltà Cattolica that caused such a flap, Ms. Shattuck “said she had studied the pope’s interview in her parish’s Bible study class and concluded that the news media had taken Francis’ warning not to ‘obsess’ about abortion out of context. She said he was really trying to teach about mercy.” She added:

“I think [Pope Francis] was completely right. … The focus should be not only on love and mercy, but on treating the women in these crisis situations with love and mercy.”

Wise words that the wigging out would well ponder.