Help for the Philippines 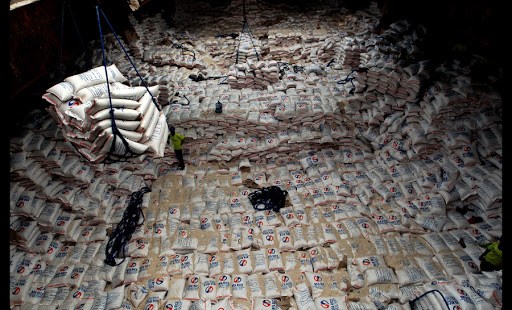 Victims of the super typhoon in the Philippines are to benefit from an emergency aid package of $134,000 from Catholic charity Aid to the Church in Need as a first step in the long-term recovery effort.

Victims of the super typhoon in the Philippines are to benefit from an emergency aid package of $134,000 from Catholic charity Aid to the Church in Need as a first step in the long-term recovery effort.

The aid, which will provide food, clean water, shelter and basic medicine, will be channeled through the Catholic Bishops’ Conference of the Philippines for use in areas of greatest need.

The emergency support, approved by ACN (International) Executive President Joannes von Heereman, comes as the UN estimated that more than 11 million people were affected by Super Typhoon Haiyan which struck on Friday, November 8th with gusts of up to 151mph.

The mega storm is now reported to have left more than 673,000 people displaced and caused up to 95 percent devastation in the worst affected areas such as the city of Tacloban.

At least 10,000 people are feared dead as a result of what is being described as one of the most powerful storms on record.

In an interview Tuesday, Nov. 12, with ACN, Father Edione Gariguez, who is coordinating aid relief on behalf of the Philippines Catholic Bishops’ Conference, said the devastation was worse than reported, with many more provinces and small islands affected than recorded in the media.

He said, “So many people are crying for help but the magnitude of the calamity is so huge that the government finds it difficult to reach those affected.”

Thanking ACN for the emergency aid, he said, “We are used to typhoons… but this is really a super typhoon that is very devastating.

“People are so desperate. Many are looking for their relatives and so many have lost their lives.”

Stressing that the greatest needs are food and clean water, Fr. Gariguez said: “There are reports of looting in the province of Leyte because people are so desperate.”

He described being told by a Sister in Cebu, another badly-affected area, that 80 percent of communities were flattened to the ground including schools, churches and sports halls. Most of the buildings have collapsed.

Staff from Aid to the Church in Need stressed that the disaster was so serious the charity was duty-bound to help but that it was an exceptional grant.

ACN projects director Regina Lynch said, “The aid we are providing today is for humanitarian, emergency help, but our main focus will continue to be about building up pastoral structures.”

“The big job for us will come after the main emergency has begun to die down. Then we will help with reconstructing priests’ houses, churches, etc.”

“It will be huge and only today we had a report to say that a seminary had been badly damaged in the typhoon.”

She said that already the bishops had made progress in developing an emergency relief program and that the charity would work alongside Church leaders on the ground who were aware of those in greatest need.

Tacloban was reported to be inaccessible but, once communications are established, clergy said that 15 parish chapels all over the city will act as distribution points.

St. Nino’s Shrine, in Tacloban’s Real Street, has been assigned as the drop-off point for relief goods.

According to Church sources in the Archdiocese of Jaro, in Iloilo, 95 percent of homes in one of the towns were badly damaged.

Parish priests in Busuanga and Coron Palawan, reported that 600 families from the Tagbanua tribe had lost their houses and were appealing for food.

In his ACN interview, Fr. Gariguez said, “Please communicate our sincere gratitude to [benefactors] for their solidarity, for being with us during these days of difficulties.”

Originally published by Aid to the Church in Need on 13 November 2013.