Taking Culture to the Streets 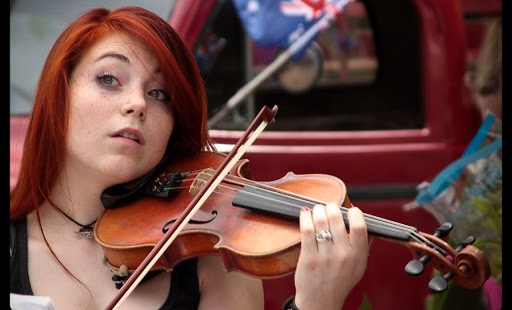 Art does not exist in an elitist vacuum. Nor was it ever meant to – a fact made ever more evident as opportunities to experience classical music in everyday contexts continue to multiply.

Before Katy Perry, Robin Thicke, and Ke$ha (sic) became common names in pop-culturedom, there was Georg Friedrich Händel, Ludwig van Beethoven, and Giuseppe Verdi. While the former three (and countless of their contemporaries) have yet to withstand the test of time, we are familiar with the latter group as a small cross-section of the various musical artists whose works continue to thrill audiences today. And while these composers were themselves the rock stars of their day (to be sure, this is a claim that couldn’t be made of every classical composer who now enjoys a certain degree of distinction), their music is often kept a under wraps in the present day – at least in relation to the prevalence of what one might expect to see on the Top 40 chart. But why is this so?

Consider the associations you might make upon thinking of a performance of a Mozart piano concerto: a symphony hall, a formally attired orchestra, a conductor with long coattails and a baton – and, if you’re lucky, a wild head of hair that bounces to the beat of the music. (Take a look at the LA Phil’s Gustavo Dudamel if you’re into that sort of thing, seen here conducting a concert in honor of Pope Benedict XVI’s birthday.)

Or, what about a Wagner opera? An opera hall, of course, with singers galore and a portly, armor-clad woman named Brünnhilde (who was forever immortalized by Bugs Bunny in the Merrie Melodies animated short, “What’s Opera, Doc?”).

More often than not, both of the aforementioned scenarios carry with them the connotation of a formal and expensive venue – the sort of place where one might go on a special occasion for a night on the town. And even though tickets to see Justin Timberlake or Lady Gaga are, on average, far more expensive than a ticket to a chamber orchestra concert, the former puts people at ease with its sense of informality and mass appeal.

In reality, however, it doesn’t have to be this way – after all, it wasn’t true in Mozart’s day. See for yourself what sort of stunts the composer would pull at performances of his very own works; the following account is from a performance of his final opera, “The Magic Flute” (taken from a letter to his wife, Constanze, dated 8 October 1791):

So I played this joke: just when Schikaneder came to a pause, I played an arpeggio – he was startled, and looked into the scenery and saw me. The second time he came to that spot, I didn’t play – and this time he stopped as well and didn’t go on singing. I guessed what he was thinking and played another chord; at that, he gave his Glockenspiel a slap and shouted, “Shut up!” Everybody laughed.

I think through this joke, many in the audience became aware for the first time that Papageno doesn’t play the Glockenspiel himself.

With that lighthearted moment in mind, consider how in our day and age we might be able to dispel some of the starched-collar stiffness that the culture often associates with the musical arts. No, I am not advocating for the demolition of La Scala, the Concertgebouw, or Carnegie Hall; what I am advocating is that the music played in such legendary venues be experienced beyond their walls.

In short, it’s time to take culture to the streets.

More and more, we are finding ways of exposing society at large to a part of their cultural and human patrimony. Efforts like live broadcasts of the Metropolitan Opera’s productions in movie theaters across the country or free open-air performances by professional symphony orchestras are helping to bridge the gap between pop culture and what is often erroneously perceived as an elitist activity.

Here’s one instance of “orchestral busking” in Barcelona:


And another example in Philadelphia, made even more remarkable by the fact that the “orchestra” consists of products from the local IKEA store:


Art’s power to captivate the human spirit is seen clearly in these examples of “street music,” where passersby and shoppers stop going about their business to take in the beauty of the moment, while the more daring ones even shimmy up lampposts to get a better view.

Art does not exist for the sake of being housed in a sterile container for the enjoyment of a select audience – this perception of culture misses the point entirely. Rather, it exists to satiate that element of our humanity that oftentimes goes unnourished amid the fever of life. And while art may not necessarily step into our lives the way it did for these unsuspecting individuals, we can take some cues from these “random acts of culture” and allow ourselves to become immersed in a beauty that ennobles, inspires, and nurtures.