US Bishops to Address ‘Pervasive’ Challenges of Pornography 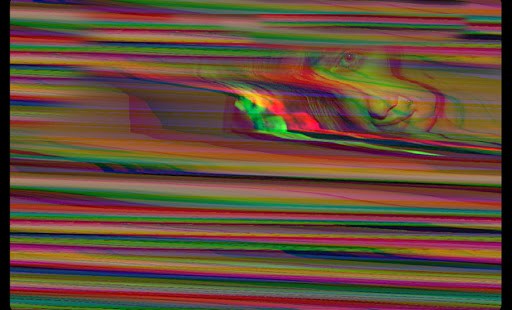 The U.S. bishops have overwhelmingly approved the creation of a statement on pornography to address the “serious pastoral challenges” and consequences that it poses.

The U.S. bishops have overwhelmingly approved the creation of a statement on pornography to address the “serious pastoral challenges” and consequences that it poses on a spiritual, social and personal level.

“Pornography comes in many forms but leaves its effects on all those exploited by or exposed to it. It is a great temptation that ravages men, women and children,” Bishop Richard J. Malone, chairman-elect of the U.S. bishops’ Committee on Laity, Marriage, Family Life and Youth, told the bishops’ fall assembly Nov. 12.

“The number of men, women and children who have been harmed by pornography use is not negligible, and we have an opportunity to offer healing and hope to those who have been wounded.”

The growing awareness of pornography’s “grave” impact means the bishops have “an opportunity to educate and to shine light on the mercy and freedom found in Christ,” he said.

Bishop Malone, who heads the Buffalo diocese, noted that the U.S. bishops have not issued a statement explicitly addressing pornography. He asked the assembled bishops to approve his committee’s request to write a statement on the issue to encourage more pastoral attention to it.

Bishop Malone said that pornography poses “serious pastoral challenges” for clergy and the faithful. Pornography is widespread and “more accessible than in the past,” affecting people of younger and younger ages. Fewer people disapprove of it, and its use is increasing among both men and women.

Pointing to statistics that pornography is “a significant factor” in nearly 60 percent of divorces, the bishop cautioned that it is “highly addictive” and capable of altering brain chemistry and causing harmful social consequences.

The average age of first exposure to pornography is 10-11 years old, an alarming fact, he said.

“Love resonates in the human heart, because we were made for it,” Bishop Malone explained. “But we also know that there are many obstacles to true, lasting love. There are many counterfeit versions of love that promise much but deliver little.”

“There are many ways in which the body, created in the image of God as male and female, becomes a place of exploitation and ‘use’ instead of a place of communion and love.”

Bishop Malone’s proposal drew strong support and suggestions from the floor of the assembly.

In the question period, Bishop David Ricken of Green Bay, Wis., spoke “very much in favor” of the proposal.

“There are great advantages to the advances in social media. This is the dark side of all of that,” he said.

He warned that pornography “captures younger and younger people” and is “destroying marriages and families at a very rapid rate.”

He praised his diocese’s anti-pornography addiction initiative Reclaiming Sexual Health, noting that there are many new resources and ministries on the topic.

Archbishop Joseph Naumann of Kansas City said that his diocese’s Catholic Charities affiliate reports that over 50 percent of family counseling clients had pornography use as a problem that impaired their marriages and family life. He suggested that awareness of this issue should be raised at Sunday Mass, if it can be done through lay witness.

Bishop David Foley, retired head of the Diocese of Birmingham, Ala., praised the Sacrament of Reconciliation for combating pornography.

“I have found the power of the Sacrament of Penance in overcoming pornography is tremendous,” he said.

“Its true confessors are hearing of this sin more often, but they are working with their penitents. The regular practice of confession is an answer, a strong answer, to this problem.”

“I think it is the best out there,” he said.

Salt Lake City Bishop John Wester noted that the bishops’ Committee on Communications has been working on anti-pornography legislation. Bishop Curtis Guillory of Beaumont, Texas, said his diocese recently held a workshop on the issue for priests. Many of his priests said that they previously lacked information on pornography.

Another speaker, Bishop Jaime Soto of Sacramento, asked that the statement highlight social aspects of pornography, including exploitation of women and children in the U.S. and abroad.

Bishop Malone said that possible statement topics include chastity and sexuality; basic information about pornography, its use and its effects on users and users’ families; the negative effects of pornography on society; an “authentic vision” of the human person; and “the mercy, grace of conversion and freedom Christ offers through his Church, especially through the sacraments and prayer.”

He said the statement could also recommend “proven practical resources” for pornography users, their loved ones, and clergy.

Now that the proposal for the statement has been approved, it must be drafted by bishops working in committee and then presented to the bishops at a future meeting.